In the wake of recent terror attacks and ongoing festive season, Delhi Police has stepped up action against landlords who do not comply with the rules of tenant verification. The cops in several parts of the Capital have been going around announcing the pros and cons of tenants’ verification and warning of severe consequences, if the landlords failed to do so.

Be safe than sorry: Policemen making announcement regarding tenants’
verification, in a south Delhi locality. 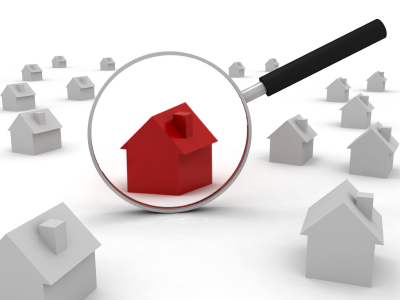 In one such announcement made at Khirki Extension near Malviya Nagar, the cops were seen informing the residents that tenants as well as landlords and property dealers are responsible for intimating the local police, whenever any accommodation is rented out. “We are conducting door-to-door search. The tenants must have a copy of the police verification done at the time of shifting,” police further announced.
Searches on anvil
A senior police official said, “Till Dusshera, we have to be on high alert. We will be conducting extra searches. People may get inconvenienced, but we have to stay alert. SHO’s have also been directed to ensure that they were intimated about the new tenants. Before taking any legal action, we do issue a warning to the landlords.”

“If one fails to comply with the orders, we register a case under Section 188 of the Indian Penal Code (disobedience to order duly promulgated by public servant). If proven guilty, accused can face imprisonment of six months or a fine up to Rs 1,000 or both,” the officer added.

“There have been specific inputs that sleeping agents of terrorist organizations are active in Delhi. They move to the city and lead a normal life. Their job is to help terrorists plan a strike in the city. It is very difficult to nail such agents. Verification of tenants, however, will prove to be a great deterrent,” the officer said.

Corrupt cops’ way?
Landlords, tenants and property dealers, on the other hand, alleged that verification didn’t serve the purpose and only provided more ways for the corrupt police personnel to make a few extra bucks. Vicky, a property dealer in the Jamia Nagar area, said, “We have facilitated the deal between three to four landlords and police.

The landlords got their tenants’ verification done but misplaced the copy somewhere. The police were not ready to listen. Finally, I had to step in and bribe the cops to settle the issue.” Another property dealer from Khirki Extension agreed with Vicky. About the rules and regulations. If caught, they don’t know what to do and end up bribing the cops.”

Meanwhile, the traffic police and civil defense personnel have also been asked to check motorcyclists and keep a vigil at crowded places till Dussehra. While the traffic police are busy carrying out checking of motorcycles, the civil defense personnel have been asked to remain alert at crowded places like shopping malls and markets.