Grisly murders aren’t uncommon in a metropolis but the recent murder of a landlady by her tenants, a couple in their twenties, has left most Delhi residents shocked.

Annoyed with continuous nagging by their 60-year-old landlady the couple, who have a child, killed her in Bhalaswa JJ colony, North- West Delhi. A week later, they chopped her body, put it in a gunny bag and dumped it in a field. 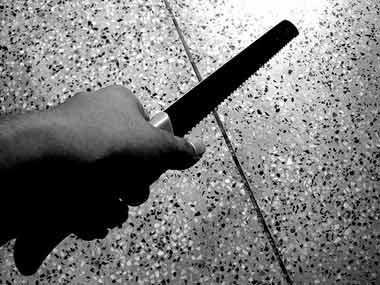 Police arrested Sachin and Aarti for the murder of Bishno Devi, says a news report in The Indian Express.

On February 11, police found Bishno Devi’s body in a gunny bag near a factory in Bhalswa Dairy area, says the news report.

“The body was in a highly decomposed state, with its arms and head severed. After investigations, it was ascertained that the body was that of Bishno Devi,” Additional Deputy Commissioner of Police (North West) Romil Baaniya said.

An police official quoted in the report said that Bishno Devi used to regularly abuse Sachin and his wife for not paying their rent and subsequently asked them to vacate the place.

“Sachin also disclosed that he had intentions to seek possession of the house after killing Bishno Devi. In  January this year, Sachin’s wife gave birth and Bishno Devi used to abuse the baby as well, which disturbed the couple,” says the Indian Express report.

According to a news report in The Times of India, Sachin strangled Devi to death on February 1 and then left her house. When they returned a week later, the couple disposed of the victim’s body after chopping off her head and arms, says the news report.