tenantriskverification March 3, 2012 0
By Brian Freskos:
Hilton Oxendine walked into the Robeson County Sheriff’s Office on Monday and told detectives they could call off their search. The man they had been looking for was lying dead on Oxendine’s office floor, his body bored with bullet holes. 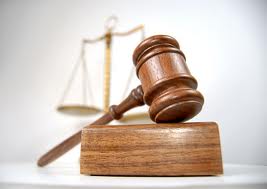 The man, a 63-year-old real estate agent named Clarence Stephen Maynor who owned a house in Ocean Isle Beach, had been reported missing by one of his employees several days earlier, and his whereabouts had been the focus of a police investigation ever since.

The search ended Monday as detectives were led to Maynor’s body in Oxendine’s automotive garage close to Interstate 95 in Lumberton. And now Oxendine, 61, faces a charge of first-degree murder in connection to what one police captain described as a landlord-tenant dispute concluded by gunfire.

Johnny Barnes, a captain with the Lumberton Police Department, said investigators believe the crime occurred a week ago when Maynor visited Oxendine’s garage to ask him about the lease money Oxendine owed. The situation escalated into an argument that climaxed when Oxendine allegedly pulled a gun from inside his desk and opened fire, hitting Maynor multiple times in the torso, Barnes said.

After the shooting, Oxendine closed his shop and left the body behind, Barnes said. Oxendine told police he phoned his employees and told them not to come to work the rest of the week.

Maynor was reported missing on Feb. 23. His whereabouts remained unknown until Oxendine contacted the sheriff’s office and confessed, even giving police a key to open his garage, where police found Maynor’s body and the gun that killed him, Barnes said.

Oxendine was being held in the Robeson County jail without bond.