Unfortunately, crime is everywhere. For ordinary property owners, the concerns range from vandalism to burglary. But, some property owners-and non-property owners-have additional concerns: crimes and illegal activities on rental property raise some unique issues for landlords and tenants. Sometimes, they can be liable for the wrongful acts of someone else.

Generally, landlords have a duty to keep their tenants safe, and tenants have a duty to protect themselves and to avoid committing crimes on the property or allowing such activities to happen. Whether you’re a landlord or a renter, you should know some things about how crimes on your rental property can impact you.

Although landlord-tenant laws vary by state, and even by city, generally landlords have a duty to their tenants and the public to protect them from crimes committed on the rental property by third parties-criminals at large-and co-tenants. 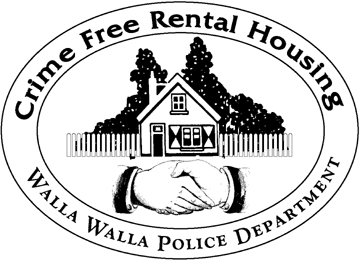 “Reasonably foreseeable” generally means that the landlord knew that certain crimes had occurred on the premises in the past, or was told that criminal activity had taken place, or was currently happening, on the premises.

For example, if the landlord knows that several units in his or her apartment building had been burglarized in the past, he or she has a duty to secure the premises, and particularly the common area, for the safety of the tenants. Many states and cities have laws that describe the minimal standards of securing the premises, which usually require:

Generally, you don’t have a duty to protect tenants or others against attacks by third persons occurring off the premises, such as when a tenant is coming to or leaving the rental. For example, a landlord usually won’t be liable if a tenant was mugged after she parked her car on the street even if she did so because the landlord failed to light the garage adequately. That is so because the mugging on a public street was not the foreseeable result of the landlord’s failure to maintain adequate lighting.

The landlord must also protect the public from the criminal activities of his or tenants. Again, the criminal activities have to be reasonably foreseeable by the landlord. For example, if you know, or should have known, that one of your tenants was selling illegal drugs to people in the neighborhood, and you didn’t evict him or notify law enforcement, you could be liable for the injury to or death of someone who bought and used those drugs.

Most residential leases contain a provision that allows the landlord to terminate or cancel the lease if the tenant commits a crime or engages in illegal activity. So, if you have a tenant who’s growing or selling illegal drugs, you should terminate the lease as soon as possible and evict the tenant. Also, under the laws of many states, you can terminate a tenant’s lease if the tenant allows another person to use the premises for criminal or illegal activities.

The landlord should use caution and discretion here. For example, while gambling might be illegal in your state, a tenant who holds a weekly poker game with friends in his apartment probably won’t support an eviction action. But, if the tenant runs a full-scale gambling operation, you’re probably justified in terminating the lease.

If you’re a tenant, in addition to making sure that you do not engage in criminal activities on the leased premises, or let others do so, you should take some steps and precautions to protect yourself. These include:

Questions for Your Attorney