Just when you thought the unconstitutional acts of the federal government against medical marijuana states couldn’t get any worse, they cross a seemly uncrossable line yet again. Now, if you rent out property, you can be subject to imprisonment if your tenant is a legal and licensed medical marijuana grower.

Jonathan Janetski is a landlord of several properties, he owns property in Montana where medically approved marijuana is legal, and where licensed growers are needed to grow and harvest medication. It just so happens that two of Janetski’s tenants (Michael Kassner and Tyler Roe) where licensed medical marijuana care takers and they rented from Janetski for their legal medical marijuana operation. 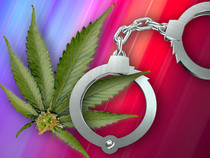 Under state law Jonathan Janetski can rent to whom ever he wishes, as long as his property is up to code, maintained and he isn’t knowledgeably harboring illegal activity. Two of Janetski’s properties were rented out to state approved legal medical marijuana growers legally, but the two men were raided last year, arrested and charged with conspiracy to manufacture marijuana.

Janetski, who has no criminal record and has never been involved in criminal activity, was arrested and charged along with his tenants Tyler Roe and Michael Kassner with conspiracy to manufacture marijuana, simply because he rented them the property. Janetski is now facing up to three years in prison, and he nor his tenants did anything illegal.

“Janetski didn’t grow marijuana, he didn’t sell it, he didn’t use it, he was the landlord.” said Todd Glazier, Janetski’s lawyer. “He has no criminal history, He just rented to some people.”

All three men were forced to make plea agreements for their charges. Janetski is due to be sentenced April 19 for maintaining drug-involved premises. His charges has  a maximum penalty of 20 years in prison, 3 years of supervised probation and $500,000 in fines.