Sympathisers have been thronging the residence of Musiliu Sogunro, an Ibadan, Oyo State-based landlord who was allegedly killed by one of his tenants called Mukaila Ajadi, on Wednesday March 8, 2012.

Reliable sources told our correspondent that the 42-year-old deceased had challenged another tenant of the building for refusing to move out of her apartment following her inability to pay rent. The argument was what prompted the suspect to join in a reign of invectives on the deceased. The incident happened at Sanyo area of the city.

The confrontation attracted neighbours who tried to broker truce between the deceased and his errant tenants but all to no avail. 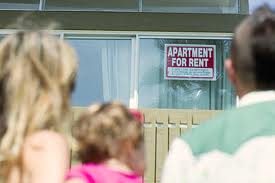 It was gathered that moments later, the altercation resulted in violence. It was in the process that the furious Ajadi allegedly stabbed his landlord to death with a broken bottle.

A source, who asked not to be named, described the incident as strange and gory. He said: “There was more to the incident than ordinary because of the circumstances that led to the death of Musiliu. He was just talking to a female occupant who had defaulted in her rent and had refused to vacate her apartment at the expiration of a quit notice. Suddenly, the suspect who was then in his room heard what was going on and rushed outside to join the woman in reproaching the deceased. Then, those around tried fruitlessly to settle the rift between the duo but it was too late. Before, any one knew what was going on, he had stabbed Musiliu to death with a broken bottle.”

A source, who asked for anonymity, said:” Can you believe that the suspect (Ajadi) had the effrontery to report the matter to the Police? After killing the deceased, he hurriedly left the scene with the jagged edge of the broken bottle and headed to Sanyo Police Station where he misled policemen on duty to believe that the deceased was the one who stabbed him.

“After showing some wounds on his body to the police officers, they asked him to go to hospital for proper treatment, not knowing that he had killed his landlord. But thank God, sympathisers accompanied the widow of the deceased to the station before the police officers realised that they had been tricked by the suspect. Ajadi was later arrested at the hospital where he had gone to treat himself.” His case was immediately moved to the State Criminal Investigation Department (SCID) at Iyaganku, Ibadan.

The 51-year-old suspect, who moved into the building located in Sanyo Area of Ibadan, Oyo State, in 2007, was also said to have been given a quit notice after he had failed to pay his rent for a year following the death of Musilu’s father, the original owner of the house. But he refused to also vacate his apartment even after Musiliu had taken over ownership of the building.

The deceased, it was gathered, had pleaded with Ajadi and the other female tenant to defray the backlog of rent but the errant tenants had turned deaf ears to the plea.

Mutiu Oloyede, a resident, said:”He had pleaded with the tenant on several occasions to pay up his rent arrears but he refused. Instead of begging, he (Ajadi) would make unsavoury remarks about him, reproaching him for having the effrontery to ask him for money.

“What amazes me most is the fact that the deceased landlord was a man of peace and unassuming. He had even begged those who know Ajadi to plead with him to pay up his rent but the suspect had stood his ground that he would not pay. It was the recalcitrant posture of Ajadi that made the deceased to give him quit notice so that he could take possession of the apartment.

“It was so unfortunate that Ajadi was not even the one the deceased landlord was talking to on the day of the incident before he interjected in their discussion turning it into his own fight before killing the deceased. The deceased was rebuking another female occupant who had been asked to quit her apartment. The woman had allegedly moved all her belongings out of her room but deliberately locked the apartment for no just reason and that was why the deceased was condemning her action. Ajadi used this as an opportunity to fight his landlord which eventually led to his (landlord’s) death. You only need to see how the innocent landlord was brutally stabbed on several parts of his body; it was horrific.”

Our correspondent reliably gathered that the suspect had since been charged to court for murder, while he has been asked to be remanded in Agodi Prison pending the determination of his case.

The Public Relations Officer of Oyo State Police Command, Mrs Olabisi Okuwobi, was yet to respond to enquiries by our correspondent at press time.