Housing a big issue for ex-convicts

Affording rent is a big problem for many who are released from Berks County Prison.

It’s a problem that can lead some to conclude their only solution is to go back to a life of crime. 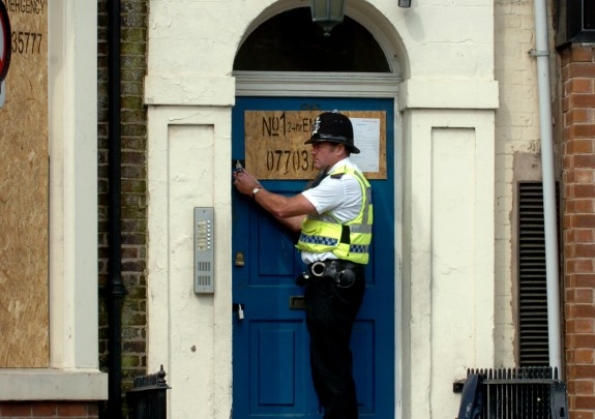 About three-quarters of inmates tell BCPS they will leave prison without a job.

Almost 20 percent say they’ll be released with no place to live. That’s a lot of ex-convicts who are let loose as instantly impoverished residents of Berks and Reading.

Since October 2009, 82 of those parolees were fortunate to participate in a BCPS program that helped them pay their rents for a limited time.

Counting inmates’ family members, the program helped 134 people with a total three-year budget of $517,429, Kershner said. But that program will disappear in August when the one-time federal stimulus funds for it also vanish.

The program – which typically paid three months of rent and utilities – was successful for those who were motivated to use it as a way to improve their lives, Kershner said. Participants were evaluated weekly.

“If they weren’t doing the things they were supposed to do, like looking for a job, we would end that relationship,” she said.

After August, BCPS will still help parolees find places to live, but the agency won’t help pay for it, Kershner said.

One of the participating landlords was Steve Keiser, president of the local Real Estate Investors Association. He said it started out well but that the quality of tenants went down, meaning they weren’t screened well enough.

“It seemed it was quantity over quality,” Keiser said.

Kershner disagreed, saying, “As for screening, I would hope we got better as the program went on.”

But Keiser said some of the tenants he took through the program just couldn’t keep clean.

“These people have issues, and you’re not going to straighten out their lives in three months,” Keiser said.

The last tenant he took through the program was an ex-convict who was a veteran of the war in Afghanistan.

“He couldn’t keep jobs,” Keiser said. “I ended up carrying him for eight months, rent free, but at the end of October I told him I had to find a tenant who could pay for the heat.”

Keiser said the idea behind the program was excellent.

“It’s so needed,” he said. “Guys say it’s tough to find a place because no one will rent to them once they leave jail.”

When Keiser has a good feeling about an ex-convict, he will rent to that person.

“If they’ve been through the judicial system several times, I’m not as likely to help them out,” he said. “I listen for the catchphrase of when they say they’ve wasted time. They want to move on.”