Police in Plantation said they believed the robbing and murder of Dr. Joseph Morrissey was not a random act — and now they have two men in custody who have a connection to the Nova Southeastern University professor killed on Tuesday. 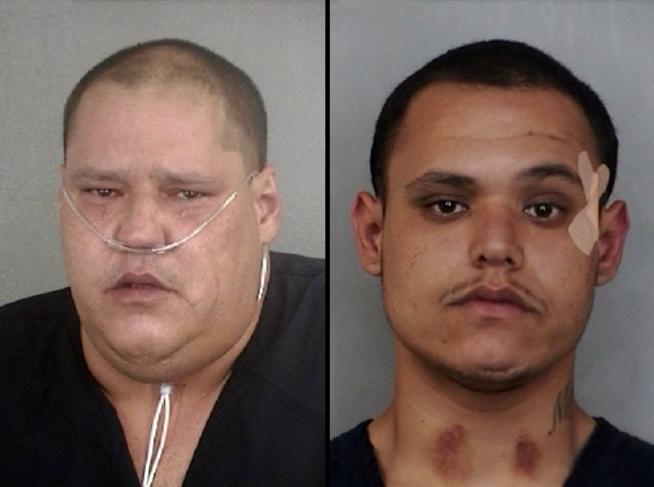 A motive has not been given for the crime, which stunned Morrissey’s colleagues and neighbors. Police say an armed robber broke into the Morrissey home through an open window, forced the professor and his wife, Linda, to drive to an ATM for cash, and then tied them up while their 5-year-old son slept nearby.

Linda Morrissey told police the robber then stabbed her husband to death before setting the house on fire and fleeing. She was able to free herself and escape the fire with her child; Joseph Morrissey’s body was found on the couple’s back porch.

“Everyone is shocked,” said Tundidor’s attorney, Joe Pappacoda. “I don’t know where the police are coming from…he walks with a limp, he’s on an oxygen machine and he’s got medical conditions that are fairly substantive. It doesn’t make sense. We have no indication of why they arrested him for this murder. We don’t have the probable cause affidavit.”

Tundidor’s son, Randy Jr., has been in police custody since Wednesday, though he has not been charged with any crimes related to Morrissey’s murder. Police declared him a “person of interest” in the case and sent a SWAT team into the Beverly Hills Cafe to arrest him on charges of violating probation.

According to state records, that probation is for charges of burglary of an occupied dwelling, grand theft, and trafficking in stolen property.

One of the family’s other lawyers, Jim Lewis, said Randy Jr. has been cooperating with police, but that police have not been cooperating with the Tundidors. Lewis claimed Friday that Randy, Jr. was denied a lawyer while enduring hours of interrogation, that he was injured during the SWAT arrest, and that police prevented Randy Sr. from retrieving medically necessary oxygen tanks from his business while they took three days to gather evidence.

“It is unfair that he is being classified in this light, as someone who’s responsible for such a heinous crime,” Lewis said Friday.

A second son, Shawn Tundidor, told the Sun-Sentinel that he was still trying to make sense of his father’s arrest and that his brother is not a killer.

“He has a drug problem,” he said of Randy, Jr. “And all of us have problems, unfortunately. We’re all imperfect. [But] he’s innocent.”

Morrissey received his PHD from Stanford and did his postdoctoral training at the University of Miami. He joined Nova in May of 2009 as an assistant professor of pharmaceutical sciences after more than 12 years as a senior scientist at Motorola.