MAN being sentenced for a strangling murder of his landlord in the Pilbara has shouted at the judge, declaring his innocence and calling the justice system a joke.

Graeme Lewis Ray, 42, was given a life sentence with a minimum non-parole period of 18 years when he appeared in the Supreme Court in Perth today.

He was found guilty by a jury in October of murdering Derek Schaeffer, 48, after an argument on July 18 last year in the front yard of Mr Schaeffer’s house in the Pilbara town of South Hedland. 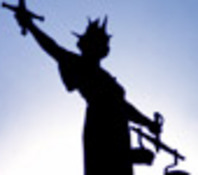 Mr Schaeffer’s decomposing body was found over a week later near the town dump after a worker noticed birds of prey flying up from a patch in the bush.

Ray appeared in court today by himself and was asked by Justice Eric Heenan if he wanted a lawyer or to read documents relevant to his sentencing.

But the shaven-headed Ray declined both offers, saying he just wanted to get on with it so he could return to prison and prepare to appeal his murder conviction.