A former tenant of a couple who were found slain in their Greenwood-area home last week was charged Tuesday in their deaths.

State police homicide detectives charged Michael P. Emory, 32, whose prior residence was in the 28000 block of Liden School Road, with two counts of murder, four counts of possession of a firearm during a felony, second-degree burglary and theft over $1,500, said state police spokesman Master Cpl. Gary Fournier.

Emory, who along with his girlfriend was evicted from the property six months ago. He is accused of fatally shooting his former landlords — Harvey Cashwell, 76, and Carolyn Cashwell, 66 — with a small-caliber gun early on April 23 inside their Liden School Road home. 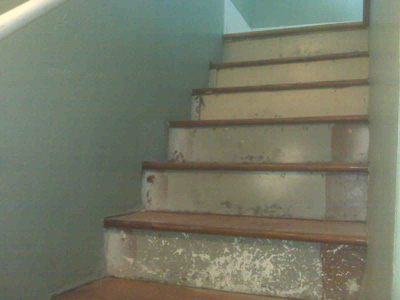 The couple were found dead Thursday night after a concerned neighbor asked police to check on them.

Numerous items were missing from the home, including a $14,000 marquise-cut diamond ring with a laser-engraved serial number that was pawned at a Georgetown jeweler the same day the couple were killed, according to court records.

The jeweler identified Emory as the man who had pawned the ring for $4,000, police said. Emory told detectives that he “found the ring under one of the benches” while at Sussex County Court on Monday and took it to the jeweler to sell.

Detectives arrested Emory on Friday on charges of theft by false pretense and probation violation. They obtained a warrant Tuesday charging Emory with the killings.

Police said Emory and his girlfriend checked into the AmericInn Lodge in Harrington shortly before 1 a.m. Monday and left the motel a short time later, returning about an hour later. The time he was gone, police said, was “consistent” with the time of the Cashwell killings.

According to court records, Emory told a friend about 2:30 a.m. Monday that “he needed to get rid of a .22-caliber handgun,” the type used in the killing.

Emory and a Seaford man were arrested in March after police found them trying to sell an aluminum door that had been stolen from a storage facility. Emory was charged then with two counts each of burglary, possession of burglary tools and other counts of theft and conspiracy. On March 9, he was convicted in Kent County of criminal mischief.