tenantriskverification May 2, 2012 0
By Jeremiah Horrigan

A former Hurley resident has admitted using a sledgehammer to beat his landlady to death in her home last December.Shawn Tyler, 35, pleaded guilty Tuesday to first-degree murder before Ulster County Court Judge Donald Williams for the bludgeoning death of Ann Gaffney in a case that shocked residents of the quiet Ulster County town.Gaffney had fallen on hard economic times and had begun renting rooms at her home to make ends meet. Tyler and a partner rented a room there in September. Previously, Tyler had been living in a homeless shelter. 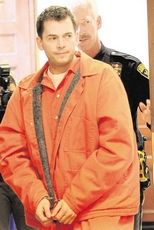 On Dec. 21, Tyler went into the basement, where Gaffney was sleeping. He woke her up and struck her from behind with a sledgehammer. He then stole $270 in cash and an ATM card, which he used to buy crack.

An autopsy revealed that Gaffney died of multiple rib fractures that pierced her lungs.

At the time of his arrest, Tyler gave a statement saying he intended to hide Gaffney’s body the next day. But when his partner learned of his crime, she called 911, and Tyler fled. State police found him hiding under a trailer less than a mile from the crime scene.

“I have handled my share of murder cases over the years. This one was particularly chilling,” Ulster County District Attorney Holley Carnright said in a prepared statement. “In my judgment, this was nothing short of a cold-blooded, premeditated killing.”

Carnright said he expects Tyler to be sentenced to 25 years to life in state prison in July.