Three landlords booked for failing to get tenants verified

Even as Greater Mohali Area Development Authority (GMADA) has failed to act against illegal paying guest accommodations flourishing in the town, police on Tuesday booked three landlords on charge of failing to get the antecedents of their paying guests verified.
Those booked are

owners of three flats in Sector 68 which were used as paying guest accommodations. They apparently did not inform police about student staying as paying guests in their premises. 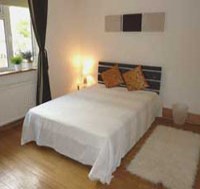 The wrong-doing came to light after residents from neighbouring houses called up police due to unbearable “noise” created by students, who later claimed that they were doing “group study”. A police team reached Sector 68 and found 23 persons, including six females, staying in the three flats.

These youngsters, taken to police station, claimed that they had submitted all records to their respective landlords for verification. After verifying their antecedents, police handed them over to their parents and booked the owners.

The PG policy framed by GMADA in 2008 has not been effective in curbing the trend of converting houses into paying guest facilities to make quick money. Owners are making the most of the loopholes in the policy and lack of effective implementation on GMADA’s part.

Commenting on Tuesday’s incident, Ranjivan Singh, a member of the coordination committee against PGs in residential areas in SAS Nagar, said, “This was much required action. However, it could have been avoided had GMADA acted against illegal PG accommodations. PG accommodations are not only fleecing students but also causing nuisance to area residents.”

“For long, we have been seeking cooperation from residents. Despite repeated awareness drives, tenant/paying guest verification is not eliciting desired ressonses,” said deputy commissioner Varun Roojam.