She rented flats with cheques she knew would bounce.

She even posed as the owner of one apartment she was a tenant at, and rented out a room.

She then stole several items from that tenant.

Yesterday, Winnie Teo Weini, 28, pleaded guilty to 24 charges of cheating, four of theft, and another 14 of assisting unlicensed moneylenders. 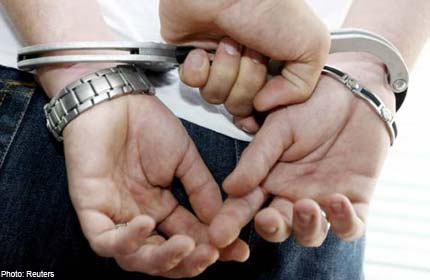 But a month later, she was unable to service them.

She started performing transactions for two different moneylenders: opening bank accounts on their behalf, and allowing them to use hers.

She was arrested in May last year and released on bail.

When the banks discovered her unlicensed moneylending past, they terminated her accounts.

But Teo managed to open an account at Standard Chartered Bank with a $1 deposit.

The bank issued her a cheque book, which she used to cheat her victims.

These were meant as payment for Ms Lee’s agent commission, two months’ deposit, three months’ rent, and stamp fees for tenancy of an apartment at Sin Ming Road.

Teo stayed at the apartment for a few days before fleeing, as she knew the banks would not honour her cheques.

She repeated the routine just five days later, on Dec 29.

At one apartment in Sengkang Square, she stole a 32-inch LED television set worth $500 and sold it to an unknown rag-and-bone man for $200.

At another flat in Woodlands Drive 44, she pretended to be the owner and rented out a room to Mr Sheik Imam.

Just days later, she stole his belongings, including an Acer laptop, an MP3 player and a USB adaptor.

In court yesterday, Deputy Public Prosecutor Sandy D. Baggett said Teo’s offences came soon after she had been jailed for three years for 11 counts of cheating.

She said: “She was released in January 2011 from that sentence. Within these few months, (Teo) committed the offences for which she is here today…(She has) a careless attitude towards committing crime.”