Tenants must now provide detailed documents for all people staying at their home under strict new rules by the municipality.

The regulations will also limit the number of people allowed to reside at a property.

Under the new rules, which were not publicised before coming into force on Tuesday, owners renewing a tenancy contract must provide passport copies for all people living in their home, a letter from their tenant’s employer, proof that all the property’s inhabitants are family members and marriage certificates, when applicable. 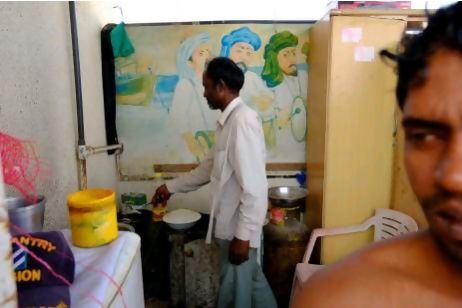 Tenants will also have to provide copies of their labour contracts and proof that they earn more than Dh4,000. People on visit visas will no longer be allowed to rent.

The new rules – aimed at clamping down on the number of illegal workers in the emirate – also specify how many people are allowed to stay in any type of apartment.

A studio flat must contain no more than three people – two parents and one child – and a single or double bedroom may have no more than six occupants. Larger families of up to nine people must stay in a home with at least three bedrooms.

“We are doing this for the security and safety of every one residing in the emirate,” said Sultan Abdullah Al Mualla, the director general of Sharjah Municipality. “We want to eradicate all instances of someone illegally staying in an apartment, all instances of sub-letting and other disorders including bachelors staying among families.”

He said the rules were a response to the large number of calls to the municipality’s toll-free numbers from people complaining of disorder in their neighbourhoods.

The municipality has directed all government departments – including the police, traffic, economy and foreign affairs – to request a tenancy contract from anyone seeking a transaction.

While tenants must provide the documents, Mr Al Mualla said the responsibility of renewing a contract fell on a building’s owner.

Residents gave a mixed response to the new rules.

“It will reduce the crime rate,” said Abdul Wahab Al Badr, a resident of Al Majjaz. “Sub-letting is so common in Sharjah and criminals exploit these chances to commit crimes, leaving the person who sub-let to them in problems.”

Others said more bureaucracy would be bad for the struggling real estate market by tempting residents to go to other emirates.

“Even some officials at the registration centres do not yet understand which documents are needed,” complained one tenant at the Samnan attestation offices, whose contract renewal was among the first under the new system. “The man at the information desk checked all my documents and gave me a number. After waiting in the queue, a staff member said a letter from my employer was missing and she was not sure if she could register me, so she went to inquire from another person and then asked me to go back and bring it.”

Last month, the municipality started to disconnect water and electricity from the homes of residents who failed to renew their tenancy contracts.

The cut-offs came at the end of a three-month grace period in which residents were offered a discount on fees of up to 50 per cent, said Khalid Al Shamsi, the director of Sharjah’s consumer protection department.

“We have given them enough time,” he said. “Now we are punishing those who did not take the opportunity with a fine of three times the usual amount and cutting off all services, including water and electricity.

“But before we issue the fines we give three warnings. Each warning lasts one week. That is a another 21 days before we take action.”