Three men were injured in a landlord-tenant dispute in Waipahu on Tuesday night.

Honolulu police say the landlord, a 48-year-old man, was in the process of evicting his tenant when they started arguing.

Police say the landlord’s brother and son got involved and the argument turned physical.

Police say the tenant’s acquaintance, a 30-year-old man, then picked up large rocks and threw it at them. 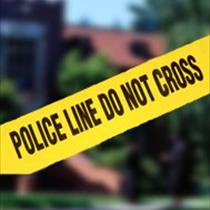 A 29-year-old man stepped in with a billy club and struck the landlord’s brother and son, causing injuries to both men.

Police say the tenant then got into a pickup truck and rammed all three victims before hitting a wall.

The landlord suffered a broken femur and witnesses say he was partially pinned under the vehicle.

The tenant and his two acquaintances fled the scene, but two men were later apprehended by police.

The tenant has not yet been arrested.

The three victims were taken to the Queen’s Medical Center in serious but stable condition.

Honolulu police have opened an attempted murder and assault case.