How Background Checks Can Save Your Life

Are you a little curious about that nice young man who just moved in next door? Maybe you’re an employer with a position to fill or a property owner hoping to rent that empty basement apartment. Your instincts have never failed you before. Should you trust them just one more time?

Anyone familiar with the Ted Bundy case knows that looks really can deceive. This attractive, intelligent and highly educated individual charmed at least 30 young women to their deaths, and there’s no reason to believe that he was one of a kind. If someone had thought to do a background check, a few of those women might be alive today. 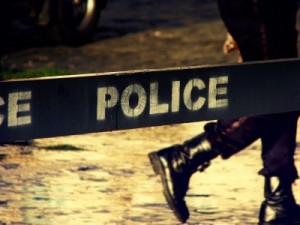 When Book and Cover Collide

The most effective con artists possess a unique ability to convince everyone they meet of their honesty and trustworthiness. That’s why you can’t always go by your instincts. A gut feeling is a great thing to have, but if you think you can always rely on yours, you could become someone’s next victim.

It’s a Dangerous World Out There

As risky as life could be back in Ted Bundy’s time, it’s far more dangerous today. While picking up Mr. Goodbar has always posed a threat, the Internet now adds its own special layer of peril. Online dating sites and those that feature free classified ads foster more interaction with strangers than was ever possible before.

The anonymity offered by the Web only adds to the danger. The state of Ohio recently indicted a 52-year-old man for the murders of several people who had answered his online ad for farm workers. In Southfield, Mich., three men waited in a motel room to rob and murder a man whose date, a woman he had met online, had lured him there after dinner.

Interactions with strangers met online can often turn deadly, but other types of encounter can prove equally lethal. Stories abound of people found dead after answering the door to repairmen. Tenants have killed landlords, and apartment house superintendents have killed tenants.

The information gleaned from a background check is always interesting and informative. It can also be a lifesaver. It can tell a woman if her new love interest has been in jail for assault. It can hint to a property owner whether his prospective tenant will is likely to stiff him on the rent. It can warn a business owner that his new employee might be waiting for the chance to wrest the safe’s combination from his cold, dead hands.

The world can be a dangerous place. For people who value their lives, a well-timed background check can make it a whole lot safer.