Tenant and Landlord in Court Over Unpaid Rent, Dead Cats

A dispute between a Northbrook tenant and landlord over dead cats and unpaid rent ended in a draw last week in Cook County Circuit Court in Skokie.

Last week, a Cook County judge ruled that Gozenpud was right in withholding roughly $3,000 in rent, given a flea and mouse infestation caused by dead cats rotting in the apartment’s basement. 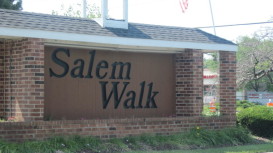 Gozenpud told the judge that her 11-year-old stepson discovered the cats while playing with his friends in the Milwaukee Avenue complex last October. He had gone down into the basement to fill up his water gun when he noticed a tail sticking out from under a door near the washers and dryers.

“They opened the door and there were literally 10 dead cats rotting, and the whole place was filled with these large flies, and there was just feces everywhere,” Gozenpud told Patch. “It was beyond disgusting.”

Not only did her stepson witness the cats, but he came home later that day, covered in flea bites.

“Being an animal lover, my stepson had to go through and see if there were any living ones,” she said. “What can you say when you see something like that? It’s pretty traumatic.”

Later that same day, Gozenpud and her ex-husband went down to investigate what the boy had seen. They, too, saw that the room was filled with dead cats. They also noticed a litter box.

The next morning, Gozenpud called the police and the property manager, Lowell Roseman of Deerfield. But, she said, the flea problem wasn’t taken care of right away—and her apartment and two nearby apartments developed an infestation of mice and fleas. She, her ex-husband, her stepson and even her three-year-old daughter had bites, she told Patch.

An environmental health specialist from the Cook County Department of Public Health came to Salem Walk on Nov. 7, and sent Roseman a letter following the visit. Patch obtained a copy of that letter, which suggested that Roseman hire a licensed pest control operator to seal up any entry spots for pests within the building.

In court, Roseman said he found out about the cats when his janitor called him, some time in the fall. Although he said the janitor removed the cats, he admitted that there was a problem with fleas. Roseman told the judge that he called his regular pest control company, Orkin, and asked them to treat the complex for fleas.

According to records submitted to the court, Orkin visited the apartment complex twice. Both tickets specifically noted a request for flea treatment—although they did not specify where.

According to Gozenpud, her apartment and other tenant’s apartments were not treated individually—so her problems with fleas and mice continued until the day she moved out.

“I spent all my free time and energy trying to get rid of these bugs,” she said. “It was just awful, awful.”

Noting that Roseman could not prove that Orkin had treated Gozenpud’s apartment, Circuit Court Judge Thaddeus Machnik ruled that she was right to withhold rent after her stepson discovered the cats. But because she had not paid her rent in full for several months before that, Machnik said that she still owed more than $4,000 to the management company.

Gozenpud told Patch that she was disappointed in the outcome of the lawsuit. More than that, however, she said she was upset by the fact that there were dead cats in a Northbrook apartment building to begin with.

“I grew up in Buffalo Grove. I went to Stevenson,” she said. “I never thought that I would ever have to live under these conditions, especially not out here. It just blew my mind.”

Furthermore, she said, she still wants to know how the cats got there in the first place. Roseman told Patch he was not aware of a litter box in the basement, as Gozenpud claims.

“There was a broken window, from what I understand,” he said.

But Gozenpud showed Patch photographs of a litter box, along with the dead cats.

“Cats don’t crawl into windows with litter boxes in hand,” she said. “Even from the beginning, nobody took responsibility for the situation.”

“Nobody ever explained how they died,” she continued. “Nobody ever said, ‘Hey, we’re going to make sure this never happens again.’”