A thorough tenant screening would have revealed red flags for Luka Rocco Magnotta – who allegedly dismembered a human body in his Quebec apartment and sent a foot to the Federal Conservatives – and for Angus Mitchell, who allegedly shot his ex-landlord and two others this week in a disgruntled rampage in B.C.

A recent survey revealed that one-third (34 per cent) of Canadians don’t believe criminal record checks are important when it comes to tenancy and property rentals. These high profile crimes might cause those respondents to reconsider. 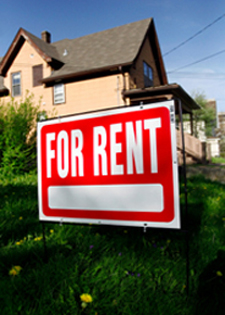 Magnotta’s landlord had only performed a credit check, which did not reveal that Magnotta reportedly had been convicted on four counts of fraud in Ontario, served 16 days in pre-trial custody and received a further nine-month conditional sentence and 12 months’ probation.

“Unfortunately, getting paid the rent is only one aspect of finding a good tenant,” says Dave Dinesen, President & CEO of BackCheck, Canada’s largest provider of criminal record and employment reference checks. “A proper screening, which involves credit, criminal, employment and previous rentals, would have uncovered red flags.”

A thorough tenant screening package from BackCheck costs $89. “The cost of doing a thorough screening is small compared to the time, stress and financial impact of incidents arising from bad tenants,” says Dinesen. “We typically turn tenant background checks around in just 1-3 days.”

In the case of Mitchell, a background check would have revealed he had reportedly been fired by several employers, and had been evicted multiple times.

Other survey statistics show that 86 per cent of Canadians would not be discouraged from applying for a property rental if they had to get a background check.

“While some renters would be discouraged, it may be for good reason,” explains Dinesen. “According to Corrections Canada, one in 10 Canadians have a criminal record.”