In view of many years as an accountant managing rented offices and residential properties in a property investment company and also from my own experiences dealing with tenants, I must respond to the letter Pressing need for a Tenancy Act from SM Mohamed Idris.

While I agree that there is a need for a Tenancy Act, it must also be able to protect landlords from the actions of tenants from hell.

No matter how good the screening process, it is just sometimes unlucky to get bad tenants. 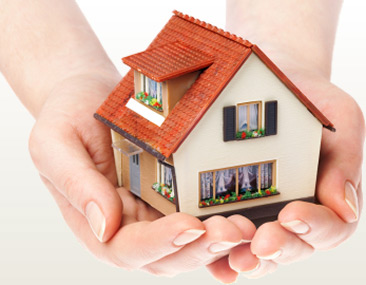 Sometimes these bad tenants know how to put up a good act during the interview process until the landlord is convinced that all is good and well.

Then their true colours show not long after getting the keys and moving in.

Despite a comprehensive and air-tight tenancy agreement with the relevant terms and conditions spelled out clearly and concisely, it is always the landlord who suffers in the end.

Tenants from hell usually hold the landlord at ransom refusing to move out despite many months of unpaid rental, knowing very well that the process of eviction is a very time consuming process. In the meantime, the tenant stays literally for free.

It is against the law to cut off water and electricity supply but sometimes the landlord need to take things into his own hands by terminating the utilities when the situation becomes desperate.

The defaulting tenants is certainly would not have settled the utility bills on a timely basis leading to the utility companies going after the landlord to recover the amount due.

However, some ingenious tenants find illegal ways of reconnecting the utilities.

Terminated water supply via the removal of the water meter can be reconnected via a pipe or rubber hose by connecting the two ends of where the missing meter was.

If lucky, the tenant eventually moves out. But the landlord has little recourse to claim long outstanding rental arrears, unpaid utility bills and damages to the property other than wear or tear.

The first is that the landlord would not know the next correspondence of the tenant to deliver the lawyer’s letter of demand which will then lead to a summons if the former tenant does not pay.

If the landlord wishes to pursue further to locate the former tenant, he can resort to employing a private investigator. But this is not cheap with and there is little certainty of success.

Any other means and effort to trace a ‘disappeared’ tenant would be time consuming and costly with no definite guarantee of success.

Alternatively, if the lawyer’s letter and summons cannot be delivered to the former tenant, then there would be a longer process of posting an advertisement on the notices of demand.

Upon obtaining a judgment to recover the amounts due, the execution would be another matter altogether, since any legal avenue to proceed with any bankruptcy action can only take effect when the debt of the debtor is more than RM30,000.

The court process is a long, tiring and time consuming affair requiring plenty of resources in addition to mental anguish and emotional distress.

Some tenants prior to vacating the premises not only damage the property substantially but also pilfer anything of value which include the lights and taps and even the piping and wiring which can be sold as scrap. The poor landlord would be left with a property which is no longer habitable.

At the end of the day, the landlord would just curse his bad luck, give up the pursuit of claims and move on in life.

It is the landlord who is at the mercy of the tenant rather than the other way around and so any Tenancy Act must protect the landlord more as it is obvious that the landlord will never be run away in view that the property is stationery whereas the delinquent tenant will never provided any forwarding address.

In view that tenants already have inherent protection, they do not need any additional protection.