Tenant leaves house in a mess

Erculine Mapp is so horrified at the state in which a tenant left her rental house that she wants to know what rights landlords in Barbados have.

Mapp was shocked to discover the condition of her house when the tenant finally moved out after having been given notice to quit. 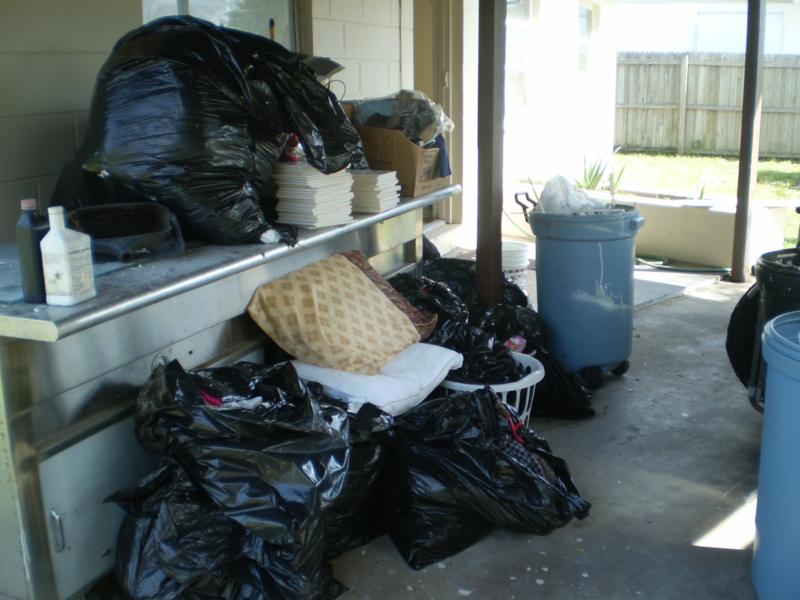 “I gave him a perfectly clean house and this is what I got back,” Mapp cried as she surveyed the untidy property.

What disgusted her even more was when she inspected her backyard and detected a foul odour. “I realized that there were broken blocks under the cellar and the strong smell was coming from there. When I checked I found that someone had thrown faeces under the cellar and even smeared it on the blocks. Who does that?” she asked with a stunned look.

But that is not the only situation she has had to come to grips with. The tenant also moved out owing her two months’ rent, over $400 for the light bill and a month’s money for the water bill.

“I have to look for thousands of dollars to clean up the filth he left in my house and to repair it,” the angry woman said.

She explained that she rented the two-bedroom furnished house to the tenant in November last year and almost immediately there were problems, even though her residence was in front of the rental house.

“I left Barbados for three months, leaving a woman in charge of collecting the rent, and she was calling me all of the time complaining that the tenant was late with the payment. When I came back, I received a light bill for $685 – he had not paid the bill since he moved in. I was shocked and when I started to speak to him about paying the rent and the bills he started to get aggressive with me.”

Unable to take the disrespect from her tenant and his tardiness in paying, she gave him notice to quit.

She even had to call the police after the man threatened her and refused to leave the house.

And Mapp lamented that on the day the tenant was leaving the police forbid her from entering the house while he was still there.

“It seems that tenants have all the rights and the landlords have none. In order for me to recover money from him I will have to sue him and go through a long process in court and as far as I am concerned it is not worth it”, she cried.

Mapp believes that landlords should be made aware of such delinquent tenants before they rent their houses to them.

My investigations reveal that a registry does exist where landlords and tenants alike can access information before entering into a rental agreement. The organization that provides such information is called The Barbados Landlords & Tenants Bureau.

A spokesman for the bureau, which is a subsidiary of Creditel Collections Ltd., explained that both landlords and tenants can provide and access information about each other.