A Calgary landlord says she feels she’s been cheated, and a Calgary judge agrees with her.

Gita Gopal now has to collect on the money she’s owed, but it’s not going to be easy. 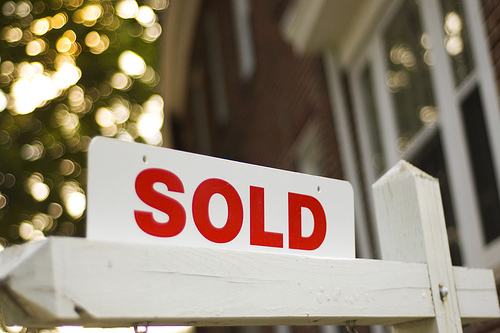 “I can’t throw a mom, a single mother with four kids out on the street,” said Gopal.

Gopal said she showed her tenant compassion and in return, she’s out $8,000 in lost rent and damages.

Gerry Baxter, of the Calgary Residential Rental Association, said some landlords are too trusting and tenants can take advantage.

“These are fairly sophisticated tenants in many cases,” said Baxter.

“They know and understand the law. … They know the stall tactics, the delay tactics.”

The minister in charge, Manmeet Bhullar, said the system works but needs to be monitored.

Bhullar said disputes are being resolved quickly and outside the court system, but he’s willing to look for improvements.

“I know that this system as a foundation is working, the question is how can we make it better,” said Bhullar.

Gopal says she’s going to do everything she can to collect the money she’s owed. An eviction notice is posted on the door of a Calgary home after tenants failed to pay the rent. (CBC)

“I will make this my goal to hunt her down, wherever she goes.”

Gopal said she’s also thinking about setting up a website to help other landlords avoid problems.

Landlord Ed Belanger said the dispute resolution system is stacked against them — and tenants know it.

Belanger said he just had a tenant stay at his property for three months without paying a cent.

Still, Belanger is fed up.

He just found out his former tenant has 30 days to get rid of all the stuff he left behind.

Belanger is responsible for moving it and storing it — another delay in finding a new renter, one he hopes will actually pay the rent.