Drug dealers need a place to live. Unfortunately for some Clark County landlords, drug suspects can end up renting houses and leaving a legal and physical mess behind after an arrest.

Georgia Ketchmark, whose family rents out four properties around the county, recently discovered one of her houses was searched as part of a drug investigation led by the Camas Police Department. Since then, the family has evicted the tenants and is working to repair the home so it can be rented out to someone else. 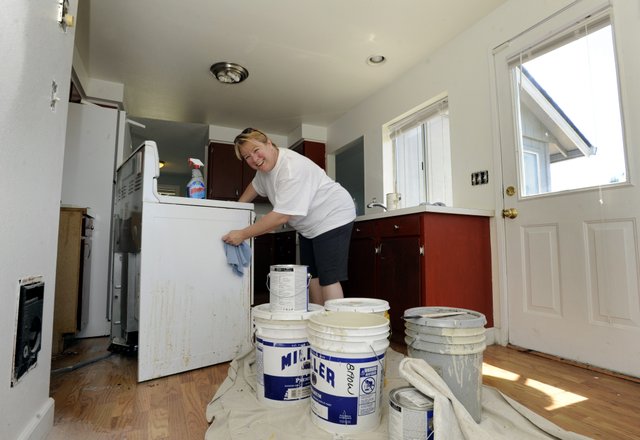 “We were really shocked,” Ketchmark said of drug activity at the house. “They’ve always been really good tenants.”

Camas police, with assistance from the Clark-Vancouver Regional Drug Task Force and Washougal police searched two houses on May 24, including the Ketchmarks’ at 1410 S.E. 152nd Court, which backs to Mountain View High School in the Cascade Park area.

Scott Lockwood, 25, was arrested at the rental house on suspicion of possession of a controlled substance with intent to deliver marijuana, mushrooms and Ketamine — a tranquilizer used in veterinary medicine, according to a Camas police news release.

Ketchmark first heard of the investigation about a week after the arrest, when she got a letter in her post office box from Camas police.

Camas police Sgt. Scott Boyles said the department sends out “vague” letters to landlords whenever illegal drugs are seized or when certain type of assaults happen on their property.

After finding out what happened, the Ketchmarks called an attorney to start the eviction process.

The two tenants, who had a third person living there in violation of the lease, had vacated the house by last Wednesday. Ketchmark wanted neighbors to know they are dealing with the situation.

“(Evicting both tenants) was absolutely what we wanted to do,” she said.

and other parts of the structure.

The damage is relatively minor and will be covered by the former tenants’ deposit, Ketchmark said.

Ted Rubinstein was not as fortunate.

Rubinstein and his wife rent a house that was used to grow marijuana and was raided as part of the Operation Gang Green drug busts in October.

“I have never seen any type of a factory operation with more things going on in a small space than what was going on upstairs in the home,” he said.

Cmdr. Mike Cooke with the Clark-Vancouver Regional Drug Task Force said the task force usually searches one or two houses per month related to marijuana grows. A lot of the larger grows are in rental houses, he said.

Rubinstein’s renters had about 50 marijuana plants in one bedroom. Each was about four feet tall and “very healthy,” Rubinstein said. Renters had installed large lights in the room and ventilation ducts running through the ceiling. The electrical system was improperly rewired to support the marijuana operation, an upstairs bathroom was damaged by fertilizer and the carpet was ruined.

When Rubinstein first reported the damage to his insurance company, Amica Insurance, the agent wasn’t sure if it would be covered. Amica ended up taking good care of him, he said.

“They were very attentive and caring,” he said. A special adjuster was sent to make sure things were done right.

Repairs were completed and the house was ready to be rented again in mid-January, Rubinstein said. (He told the new tenants about the drug bust and repairs upfront).

Insurance covered the cost of repairs and compensated him for lost rent. He and his wife lost quite a bit of time doing little things to make sure the house could be rented.

He said the tenants who used the house as a marijuana grow appeared to be nice and passed background checks. You never know for sure who you’re renting to, he said.

There was nothing on the tenants’ records to indicate they’d participate in illegal activities at the home, she said.

“We’re pretty thorough and very selective” with our screening, she said. The renters had jobs and the place appeared to be clean during a few house inspections, she said. Ketchmark said she would even drive by the house from time to time, just to check on things.

“These guys hid this very, very well,” she said.

She hopes the next people to move in will be good tenants. They already have a few people interested in renting, she said.

They hope to have the house rented again in July.