The district police have again started tenant verification drive. This is being done to step up security ahead of Mahakumbh.

SSP Naveen Arora has directed thana officials to enroll the details of tenants staying in the city and outskirts and complete the exercise within a fixed period.

Officials claim that the exercise would yield the desired results in terms of establishing direct communication with police and masses and also keeping a watch on wanted criminals who had been staying in rented accommodation. The cops have warned the landlords of legal action if they hide information about tenants. 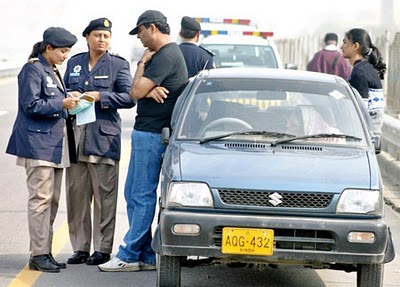 The thana cops are providing a form to landlords wherein the latter have to give detailed information of their tenants. This would be help the police to maintain records of tenants.

The police have sought the assistance of landlords appealing them to co-operate with the police to ascertain the credential of persons having dubious character. As an estimate, the city police has to cover over four lakh houses to compile inputs of landlords and their tenants.

The police are also making efforts to enlist the houses being given on rent especially those houses, which were rented out at higher prices. Police said these gangsters usually search for such houses where their activities could never be known by anyone. “While taking the rented accommodation, they not only hide their identities, but also claim that they are in marketing jobs and had to stay outside for weeks and may be months,” a senior police official said.

SSP Naveen Arora said, “We have sought public cooperation in making the drive successful and have appealed to people to ascertain the credentials of tenants before offering them accommodation.”

“With demand for rented accommodation rising in city, it has become imperative for landlords to keep detailed information about their tenants. Landlords should keep a vigil on the activities of tenants,” said inspector, Daraganj, Chandra Dhar Gaur.

Last year, police had carried out surprise checks at various lodges, inns and guest houses and found that many occupants failed to provide their identities, they were asked by cops to appear at the concerned police station with proper documents or face legal action.

The tenant verification drive will ensure safety and security of pilgrims who will arrive in the city for Mahakumbh.