Top 5 Reasons to Reject a Tenant

Of course, there are many reasons to reject a rental applicant, whether it’s because they smoke,  have too many cars for the property, or a noisy pet… the list goes on and on.

But there are some applicants with flaws that are so fundamental that a landlord can’t afford to rent to them — literally. 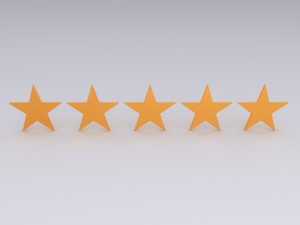 Here are the top ones to avoid:

1. Violent crimes. Involvement in a violent crime puts other tenants and neighbors at risk, and increases the landlord’s chances of getting sued for negligence. Once word gets out that someone who could be dangerous is living nearby, the whole neighborhood will be up in arms about it, and other tenants may leave.

2. A prior eviction. An eviction speaks volumes about a tenant. The fact that they broke the rules is bad enough. But not owning up to it, and making a landlord fork out the money and time needed to file an eviction and force the tenant out is even worse.

The exception would be an applicant who can show that the eviction was not their fault — like in the case of a tenant who paid rent to a landlord in foreclosure, and was auto-evicted by the bank. The applicant in this instance should have court records that can prove their point.

3. Sketchy application. When you see a lot of blank spaces on the app, chances are high this applicant is hiding something they don’t want you to know. Maybe they are hoping you won’t notice.

4. Can’t produce a landlord reference. An applicant who asks you not to talk to the current landlord is a high risk. This is someone who may be breaking their current lease, or trying to get a new place before the eviction goes on record. If they are doing that to their current landlord, there’s no reason to believe they won’t do the same thing to you.

5. No verifiable source of income. In Colorado alone, 26 marijuana grow operations have been uncovered in the course of only a few months. Many of those were in rental properties, in very nice neighborhoods, and run by tenants who had children in the house.  These properties suffer significant damage, become vacant crime-scenes, and may be treated as environmental hazards, requiring an expensive, government-supervised cleaning.

There is no way of knowing which rental applicant is a criminal, but looking at source of income can tip you off. Applicants who are self-employed or cash-only business owners need to be scrutinized.