Pictured: The millionaire landlord, 72, ‘stabbed to death by 83-year-old tenant in dispute over £1,000 rent payment’

A pensioner as been arrested on suspicion of murdering his millionaire landlord following a long-running dispute.

The 83-year-old man, named locally as Anthony Andrews, has been questioned by police following the death of 72-year-old Mike Bithrey.

Mr Bithrey, a grandfather, was taken to hospital after being stabbed in the neck during an ‘altercation’ but died later from his injuries.

Mr Andrews, one of his tenants, is said to have complained about the property in Somerset where he lived and was seen by neighbours being helped into the back of a police van holding his walking stick.

After his arrest he was admitted to hospital where he had remained under police supervision.

The two men had previously been involved in a legal dispute after which Mr Andrews was ordered to pay nearly £1,000 in back-dated service charges at the property.

Police cordoned off the area around the modern flats following the incident. Forensic teams were at the scene and a tarpaulin covered several vehicles.

One resident said: ‘I heard shouting and when I ran out I saw feet between two cars.

A man in overalls rang the police but I later heard him say he couldn’t stop the blood.’ 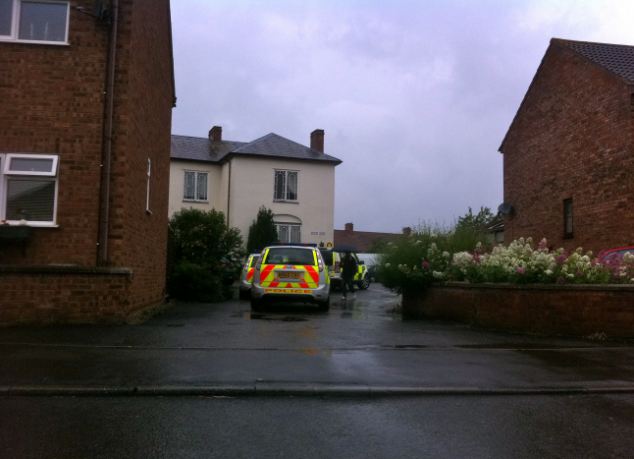 Another recalled: ‘There was a guy who was covered in blood being put into an ambulance. It was like all hell had broken loose.’

Andy Hayward, a former RAF engineer, said: ‘I saw feet between the cars and then a man, covered in blood, being put into the ambulance and his chest being pumped by paramedics.

‘It brought back memories of other deaths I’d seen in war zones but it was the last thing I expected to see on my doorstep.’ 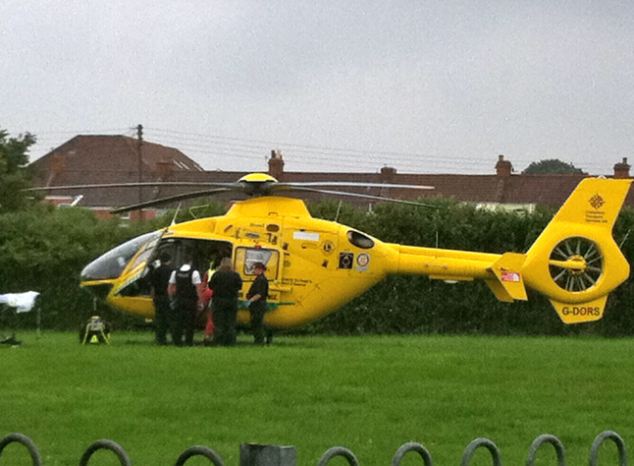 Mr Bithrey, was former town councillor and a well-known Devon businessman who owned Bithrey Holdings, based in Honiton, Devon, and lived with his 56-year-old wife Helen in the hamlet of Weston near Sidmouth.

Mr Andrews, a long term tenant, is said to have made repeated complaints about the dampness in his flat and claimed Mr Bithrey did not do anything to put it right.

He also complained that about the communal electricity charges, cost of repairs, charges for removal of bulk waste, cost of management charges and cleaning charges.

In 2010 the residential property tribunal service had to intervene and rule in the row over Flat 11 in Escott House between Mr Andrews and Grason Investments Ltd. Mr Bithrey was the managing director of that firm.

Mr Andrews was ordered to pay around £900 in services charges for the years from 2007 to 2009 which he had claimed were excessive.

He also was angry about long delays in repairing boundary walls, failure to clean drains in the parking area and interference with mail.

He claimed that a downpipe was inadequate to cope with the volume of water causing dampness inside his flat.

Mr Bithrey was the boss of several companies based in both Honiton and Exeter, Devon.

A spokesman for Avon and Somerset Police said yesterday: ‘We were called to reports of an altercation in the Clifton Street area of Bridgwater on Thursday morning at about 10.50am.

‘The man was taken by air ambulance to Taunton’s Musgrave Park Hospital where he later died.

‘Another man was arrested on suspicion of murder in connection with the incident and he remains in police custody.’

He added: ‘The post-mortem examination is yet to be carried out but the death is being treated as suspicious.’