June 27: The owner of a private hospital was gunned down by his tenant over a rent dispute on Raiwind Road in Nawab Town police station limits here on Wednesday.

Nawab Town police inquiries revealed that Mahmood Rafique had a dispute with Muhammad Farooq, 40, owner of Almas Hospital, and a litigation case was continuing in a court of the rent controller. 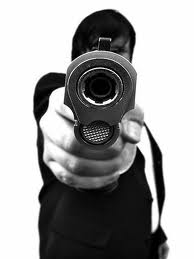 On Wednesday, Farooq reached the hospital along with a bailiff led by Manzoor Husain. Instead of getting help from police, the bailiff entered the property and threw away furniture and other valuables of the tenant.

Harsh arguments between two sides led to a shooting.

Quoting witnesses, the police said Rafique opened fire on Farooq, a father of five daughters, with a pistol and fled the scene. He died on the spot.

A police team constituted by Sadar SP (Operations) Capt Liaquat Ali Malik (retired) traced the whereabouts of the suspect within a few hours and took him into custody along with the murder weapon.