Richardson, 30, who rented the Rear 178 E. Ridge St. home for several months, was wanted for assaulting a woman and for violating protection-from-abuse orders filed by two different women, police said. 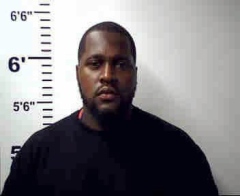 The warrants are not related to the homicide case, police said.

Police, his landlord and neighbors say Richardson was not home when police conducted a raid early Saturday to capture the murder suspects. He had not been home seen since.

Authorities said they are not sure whether Richardson allowed the suspects to stay with him or if he sub-leased it to them.

Richardson was arrested Tuesday night at an apartment building in the 300 block of South Hanover Street in Nanticoke and later arraigned by Magisterial District Judge Donald Whittaker, who ordered Richardson jailed in the Luzerne County Correctional Facility on $150,000 bail.