A tenant who attacked his landlord on his own doorstep at midnight, punching him 15 times and kicking him whilst he was down, has avoided a prison sentence from Portsmouth Crown Court.

The court heard that in September of 2011 Nathan Williamson, the landlord, turned up at his rented property in Seahorse Walk, Gosport to confront Gary Elverstone, the tenant. This was because he believed that Mr Elverstone had evicted another tenant, Matthew Peak, from the property earlier on that evening – as Elverston was due to vacate the property the next day and he thought he had thrown Mr Peak out to spite him. 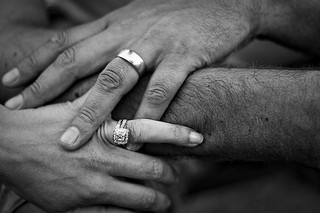 As they argued on the doorstep 48 year old Elverstone struck out, punching Mr Williamson in the face and then repeatedly hitting him – leaving the 32 year old landlord with a suspected broken rib, stitches to cuts below his left eye & lip and covered head-to-toe in bruises.

Elverstone, now of Dukes Road, Gosport, was arrested, telling police he had punched Mr Williamson ‘about 15 times’ and also admitted to kicking him on the ground.

However, when the case went to court Elverston denied the charge of assault causing actual bodily harm; claiming that he was drunk at the time of his confession.

But a jury at Portsmouth Crown Court rejected Elverston’s story and found him guilty after trial.

Sentencing him Recorder Nicholas Haggan QC said: ‘There was a heated argument at the door.

‘During the course of that argument you suddenly punched Mr Williamson to the head at least twice.

‘You punched Mr Williamson several times even after he had fallen and was lying defenceless on the floor.

‘In your police interview you estimated you had struck Mr Williamson 15 times.’

The judge said he accepted there had been some provocation from Mr Williamson, who insulted Elverstone and his partner during the row, but he said: ‘This clearly was a sustained assault on the victim.’

‘The most significant feature is the ongoing effect upon the victim who suffered a real loss of confidence as a result of the attack and has a scar that reminds of the events that night.’

Even after the judge said this and the court had also heard that Elverstone had numerous previous convictions (although none were recorded for violence) he handed him a 12-month sentence suspended for two years and now has to carry out 200 hours of unpaid work.

Elverstone was not ordered to pay compensation because he can not afford it.

If you know Nathan Williamson or know someone that knows him please ask him to get in contact with us, so that he can upload this tenant onto our system. This will protect the rest of you from taking Mr Elverstone as your next tenant and your existing tenants having to suffer him as a neighbour and in turn will protect Mr Williamson from taking any more bad tenants in the future.