A proposed nuisance ordinance would make landlords responsible for an array of tenant crimes, including sex offenses.

According to a news report, the Bartonville, Illinois’s town council is seeking to fine landlords from $500 and a tenant commits any of a variety of criminal violations – including sex offenses, organized crime activities,  and animal violations. 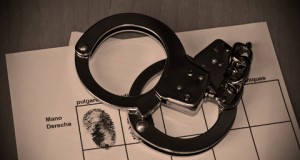 The ‘three-strikes’ law is similar to those passed in other Peoria-area communities  according to the report, and follows a model that has spread  across the country as more local governments look for ways to bridge budget shortfalls that strain police resources.

However, the Bartonville measure is one of the most far-reaching proposals to be brought within the scope of an anti-nuisance ordinance.

The local police chief told reporters he is in favor of the measure because it forces landlords to be more community-minded.

Under the proposed language, a landlord would be notified by police only after three offenses have been reported.  At that time, the landlord would have 10 days to submit a plan to address the problem, or face fines.

The law could go into effect as early as this week.