A Cincinnati landlord who was accused of several counts of gender discrimination has agreed to pay $855,000 in fines to settle the claims against him.

The landlord admitted that he violated the Fair Housing Act by subjecting female tenants and applicants to unwanted sexual comments and touching. 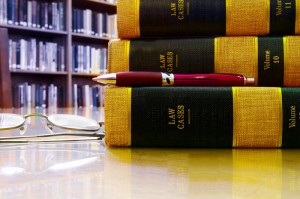 He was accused of entering the apartments of female tenants without notice or permission, granting tangible housing benefits in exchange for sexual favors and taking adverse actions against female tenants when they refused his sexual advances.

“The women involved were subjected to intimidating and severe acts of unwanted sexual conduct in their homes, where they expected to feel safe,” said Thomas E. Perez, Assistant Attorney General for the Civil Rights Division.  “This judgment reflects the gravity of the alleged conduct.”

As part of the settlement agreement, the landlord must retain an independent management company to manage any currently rented units and any future rental properties he acquires.

“This helps right the wrongs committed against vulnerable individuals,” said U.S. Attorney for the Southern District of Ohio Carter Stewart.  “Going forward, the decree sends a message that property owners must respect the rights of their tenants and those who seek safe, secure housing.”