Councillor Giorgio Mammoliti said government officials are making excuses when they won’t toss tenants who commit crimes out of public housing because it could leave them without a roof over their heads.

Unlike private landlords, the public housing sector cannot turn away a tenant because of a criminal record. Mammoliti said there needs to be a separate piece of legislation that excludes Toronto from that. 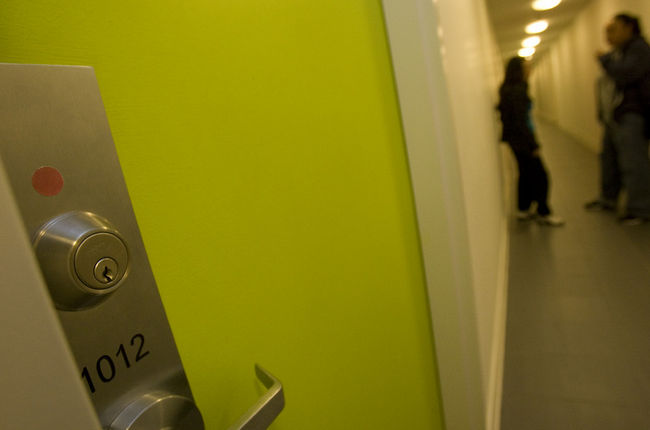 “Landlords should have the right to evict anyone who has caused problems and frankly, anyone who has a track record of violent crime,” Mammoliti said Friday.

“Clearly, they could (evict them). The minister with her executive can do it overnight. There are provisions to deal with emergencies, the premier can make that decision. I don’t accept any other excuse.

“I’d hate for anyone to be pointing at the province directly and saying, You had your opportunity to do something and other families have died because you didn’t,” Mammoliti added.

Ontario Housing Minister Kathleen Wynne said Thursday the provision of public housing has been “for those more marginalized populations and the reality is that people who have a criminal record fall into that category…where do we expect people to live?”

Tell that to Amiga Taylor, the 26-year-old sister of Ephraim Brown, 11, who was shot dead five years ago at a housing project barbecue. The question government officials should really be asking is: What about the good families and seniors living in social housing?

“You can’t afford to live in more upscale neighbourhoods and you get mixed in with people who have different goals in their life,” she said.

“You have people coming in from other places and ruin it for everyone. We can’t just penalize everyone just for the actions of some.”

Taylor said TCHC should look at other areas and perform similar mixed-income Regent Park revitalizations, “to give everyone something to be proud of and a home they want to take care of.”

She was moved to another area since the trial and said while she still experiences the occasional drive-by shooting, the community is tighter, which affords residents some comfort.

Susan Gapka, a TCHC tenant leader, notes there must be more scrutiny and security when it comes to delinquent guests visiting TCHC tenants. She wants to see more security officers monitoring buildings, acting like concierge.

In many private condos and apartments, guests often have to sign in with their information or provide the licence plate of the vehicle they’re driving.

“We don’t want to be too intrusive to people, but we do want to have accountability,” she said. “In the building I live in, anyone can come in. I don’t know if we have the resources to have a concierge…I prefer the human touch of someone there, like a security officer, rather than cameras.”

The evictions in social housing for criminal behaviour has been miniscule.

Shockingly, TCHC only evicted a whopping five people in 2011 for “anti-social behaviour,” among its 164,000 tenants.

Other tenants have been vocal about the difficulty of kicking bad residents out, partly in the housing corporation abiding by the Residential Tenancies Act and gain eviction approval at the Landlord and Tenant Board.

But the Advocacy Centre for Tenants Ontario said TCHC should be held responsible for not being proactive enough with “festering” tenant problems.

“(Crime) is what happens when you stick a bunch of people somewhere and just try to forget about them,” said legal services director Kenn Hale.

“We have a process where people’s cases get heard by people who are trained in the law and in human relations to make fair decisions on the fate of these people. By not doing a proper job of preventing or presenting your case at the board….you just blame everyone else. The (legal) tools are there.”