Landlord stabbed to death by tenant

tenantriskverification July 31, 2012 0
Todays Zaman
A man was stabbed to death by his Armenian tenant in the Fatih district of İstanbul on Thursday.

Grigor Ishkhanyan (33) and his girlfriend, Sedu Beginyan (20), who are believed to be living in Turkey illegally, quarreled with their landlord, Cemal Tezel (49), for an unknown reason in the apartment. In the ensuing fight, Ishkhanyan fatally stabbed Tezel. The man died at the scene of the incident. 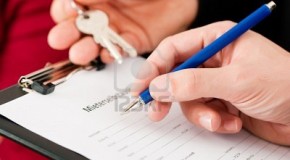 Tezel’s neighbors notified police about the incident after hearing noises. Police attended at the scene and detained Ishkhanyan and Beginyan. Tezel’s body was taken to the İstanbul Council of Forensic Medicine (ATK) morgue, following an examination conducted at the scene.

In his statement to police, Ishkhanyan said he had stabbed Tezel for allegedly sexually harassing his girlfriend. Meanwhile, Tezel’s relatives, who were also present at the scene, reacted emotionally to the events.