Stopping crime before it happens

Forest Park Detective Mike O’Connor has a file of tenant horror stories. The local crime-free multihousing officer remembers the new landlord in 2010 who rented her single-story house with two-car garage in the 1500 block of Marengo to the first people who answered an ad on Craigslist.org. 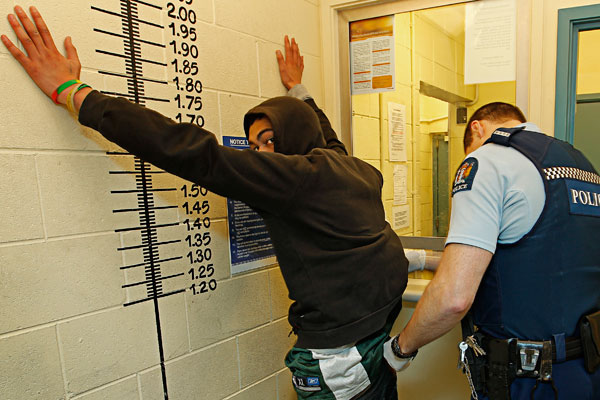 Turns out they were members of a massive drug ring being investigated, and eventually cracked, by the U.S. Drug Enforcement Administration. When the feds arrested two men at her property, they pulled up the floorboards and found roughly $150,000 in cash and 1,000 grams of heroin, prepackaged for sale. A Jeep Cherokee, often parked at the house, was found to contain 17 pounds of heroin hidden inside the drive shaft. The men were part of a 29-person, drug-dealer ring who went by colorful nicknames such as Big Ass, B Smooth, White Boy, Beano, Jigga, Truck and Chris Rock. Police scoped out the house for seven months.

O’Connor chalks it up to landlord inexperience.

“For $40 she could have had a credit check and a criminal background check on these tenants, but she just didn’t know. She [later] took my class and shook her head. She rented to them without even a credit check.”

No one wants to live next door to criminals, and with 50 percent of the housing stock in Forest Park used as rental property, neighbors – not just landlords – suffer when the wrong tenants rent a residence. With housing prices and mortgages at historic lows, many inexperienced buyers are jumping into the landlord business – buying property as an investment, said O’Connor.

O’Connor teaches the Crime-free Multihousing Seminar for four hours monthly in village hall. Landlords owe it to themselves to invest the time to take the class, he said.

“Real estate is the biggest investment most of us make in our lives. If I bought a $120,000 car, I wouldn’t put an ad on Craigslist saying, ‘Who wants to drive it?'” O’Connor said.

This does not mean that landlords can discriminate on the basis of race or color, religion, sex, national origin, familial status, sexual orientation or disability, he’s quick to emphasize.

But landlords have the right to request public records showing any charges filed against a potential tenant and make a decision not to rent to that person based on their findings.

“Behavior is not a protected class.”

O’Connor said landlords have a choice about how specific they will get.

“You set the criteria. Have they had any arrests in the past five years? Obviously, you don’t care that much about traffic tickets, but what about violent or drug-related charges? If they have a sex-related charge or any felonies in the last 10 years, or any embezzlement charges, you want to know.”

O’Connor begins his orientation with an examination of crime and how crime – or fear of crime – affects the quality of life of tenants and neighbors.

In an attempt to get a handle on chronic nuisance properties, the village passed an ordinance in 2009 that keeps track of police events at specific addresses.

O’Connor said some landlords, who may live out of town, might not even know that the police have been summoned to their properties. After two incidents at a specific address in Forest Park, the owner of the property receives a letter threatening fines up to $4,000.

“That usually gets their attention. Then we can all work together to figure out how to solve the problems.”

A state law, passed in August 2011, now gives landlords a tool to get rid of criminal tenants, even if they’ve signed a lease.

“If they are committing Class A misdemeanors or above on the property, the landlord has the option to void the lease,” said O’Connor.

O’Connor gives his class attendees a copy of a “crime-free lease addendum,” which warns potential tenants that their lease can be voided if they participate in any criminal activity on the property or within the village of Forest Park. They are also subject to eviction if they cause an unreasonably high number or calls for service to police for noise, barking dogs, stray animal complaints, juvenile complaints or any others. The addendum lets tenants know their behavior is expected to be lawful.

“This is not a fix-it program; this is a prevent-it program,” he said. “The only grey area here is domestic incidents. In no way do we want to discourage people from calling police. We don’t want anybody to hesitate for one second to call.” Police can often help landlords evict the offender in a domestic battery, while allowing the victim to remain on the lease.

O’Connor himself was asked to sign a similar addendum 20 years ago in Mesa, Ariz., the birthplace of the now-international Crime-free Multihousing Program. “I wondered if I should sign it, and then I realized, if all the other tenants had signed it, the apartment complex would be safer. There was not a single problem I heard about the two years I lived there.”

O’Connor’s program helps landlords assess their property to prevent it from attracting crime by improving lighting and door locks and pruning shrubs. This is called Crime Prevention through Environmental Design. He also points out that landlords have a duty to maintain their property and screen for bad apples for the safety of their other tenants. Landlords have been sued for injuries incurred when tenants have attacked each other.

“They have an obligation to provide a safe environment,” he said.

Finally, the program organizes a “resident safety social” to allow tenants to meet each other and representatives from the police and the landlord – especially in multi-unit buildings. This community-building activity increases trust and helps tenants keep an eye out for each other so they feel more comfortable reporting unusual behavior that might be criminal.

Landlords who complete O’Connor’s class become certified by the program, which allows them to use the Crime-free Multihousing logo on marketing materials, he said.

O’Connor is trying to get the word out on his program. The next class is scheduled for Saturday, Sept. 15 from 9 a.m. to 1 p.m. He says getting information to residents and landlords is pro-active and helps stop problems before they begin. As more properties change hands, due to foreclosures and sales, having the police help landlords can stem crime and the appearance of crime, which makes neighbors feel unsafe and drags down a neighborhood.