Claudio Di Giambattista, a notorious landlord in Montreal, will be forced to pay about $34,000 in moral and punitive damages to some of his former tenants.

Di Giambattista owns a 15-unit building on the corner of Ball Avenue and d’Outremont Avenue in Montreal’s Parc Extension. The city closed the building five weeks ago after tenants complained of cockroaches, mould and rats. Tenants had 24 hours to vacate their apartments. 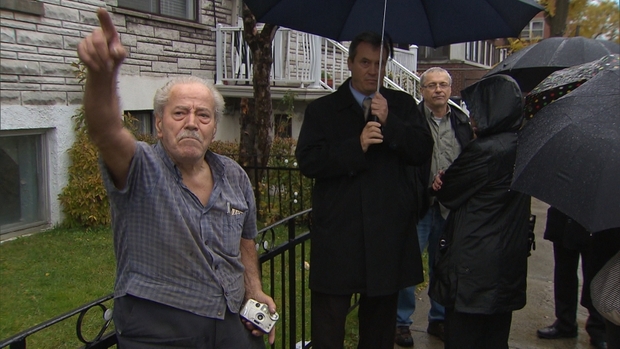 Aziz Ahmed, a former tenant, said he and his family spent five weeks at a local YMCA because they were kicked out of their home.

The rental board decided that Di Giambattista should pay for Ahmed’s troubles.

A community group in Park Extension helped six of the tenants file complaints against Di Giambattista.

“I’m (relieved) that finally the tenants can see some light about their case,” said André Trépanier, a member of the group. “They suffered a lot with that story with very bad housing conditions and emergency evacuation, and I hope that Mr. Di Giambattista will soon send them a cheque to each one.”

Trépanier said there are still five tenants who could claim compensation.

The landlord now has 30 days to appeal the board’s decision.

Ted Wright of the Westmount Legal Clinic said he found nearly 40 other cases involving Di Giambattista, and that even if the landlord appeals the board’s decision, tenants should still be able to receive their money.

Wright said the city needs to do more to prevent lanlords from taking advantage of their tenants.

Di Giambattista has had four buildings condemned by the city. Calls for comment from CBC News were not returned.

The building owner has many other complaints waiting to be processed at the rental board.

His building on Stuart Street in the same neighbourhood was shut down last November and many of those tenants are hoping they will be compensated for similar living conditions.

This article originally appeared on cbc