Officers responded to an call requesting ambulance assistance about 12:10 a.m. at a home in the 2400 block of Colby Avenue. They arrived to find 80-year-old Alphonse Bernardin Jr. dead inside the home, seated in a chair with two gunshot wounds to the chest, according to an LAPD news release. 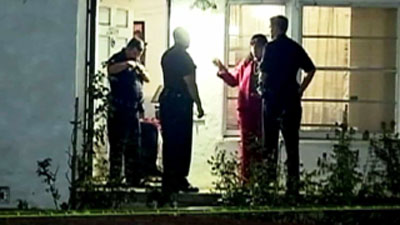 Police also found a 56-year-old man lying on the ground outside the home’s rear door. Paramedics pronounced the man dead, apparently from a self-inflicted gunshot wound to the head.
Officers found a .9mm semi-automatic pistol next to the unidentified man’s body, according tot he news release.

The 56-year-old man rented a converted detached garage behind Bernardin’s main house, according to the news release. Detectives discovered that both men had a landlord/tenant dispute over recent weeks.

Bernardin may have taken steps to evict the other man, the Los Angeles Times reported.

Officials have not released the 56-year-old man’s name, as his next of kin has not yet been notified of his death.

This article originally appeared on ktla