Assault charges between landlord and tenant investigated in Mason

A resident called to report an assault, allegedly committed by his landlord during a dispute over rent and a recent 7 Day Notice to Quit. The complainant stated the landlord had his ladder and he demanded it back, resulting in the landlord throwing the ladder on the ground, after which it slid into the complainant’s foot. The officer pointed out that an assault was a specific intent crime and the inadvertent contact with his foot by the ladder did not constitute an assault. The dispute involved withholding of rent over property maintenance. The officer advised the complainant that there were more appropriate ways of dealing with the problem other than by arbitrarily withholding payments and that just ignoring the Notice to Quit was ill advised. The report is closed with no further action. 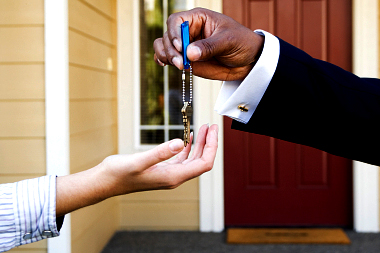 • A woman came to the Mason Police Department (MPD) asking for assistance in a domestic dispute. She explained her deceased father’s van was at a home she formerly lived in with her estranged husband and she wanted to take the plate off the vehicle but had no tools to do so and wanted the officer to remove the plate for her. The officer explained the matter was civil and he would not take the plate off, but agreed to stand by as a peace officer since the woman expressed fear of her ex’s expected reaction. A short time later the officer watched as a family member removed the plate. The woman then tried to give it to the officer, but he refused because the matter was civil and he was only there to keep the peace.

• A man who had visited downtown over the weekend called the department about an e-mail complaint he had sent the day before and was expecting to receive a report number in return. The department does not take complaints by e-mail, especially for criminal offenses. The victim reported he suspected his car was keyed while it was parked downtown, but he did not discover the damage until the next day and he needed a report number for an insurance claim. In the e-mail, the victim sent a picture of the damage, a satellite map indicating where the car was parked and an inference to a suspect he claimed was seen in the area on that day. A report was made, with no further action pending.

• A road rage incident culminated in a confrontation with an angry knife-wielding female in the 500 block of Hull Road. The victim reported the incident started on Okemos Road and came into Mason where he and the suspect got into a series of incidents involving blocking and tailgating with their vehicles. He stated the suspect followed him through Mason to Hull Road and as he got out of his car to enter a store, the female in the tricked out red Sunbird pulled up and started yelling at him. He was yelling back when the suspect pulled a knife out of the center console and pointed it at him while yelling; “I’m going to (expletive here) kill you!” The same account was given by the victim’s passenger in a separate interview. The victim provided an accurate description of the suspect’s car and its registration plate. The officer found the suspect vehicle at the address on the registration and noted the suspect weapon, also specifically described by the victim, lying on the vehicle’s front seat. The suspect informed the officer the matter started at Holt and Okemos roads when she was cut off by the victim and later not allowed to pass him when she tried. The suspect claimed it was she who was followed to Hull Road and when confronted by the victim, she pointed a pressure point rod (a self defense tool) at him. She claimed there hadn’t been a knife, but after the officer pointed to the knife in the car and inquired about it, communication became difficult. The officer retrieved the knife as evidence and informed the suspect she was not under arrest but a copy of the police report would be sent to the Prosecutor’s Office for a review of possible Felonious Assault charges.

• Vandalism was reported in the 700 block of S. Rogers after a parked car was smeared with egg and two chunks of sliced bologna where left, with an insult carved into each slice. The officer noted the victim was involved in a series of back-and-forth retaliations with the suspects in this incident, was currently the subject of four personal protection orders and was the defendant in a pending Malicious Destruction of Property case in 55th District Court.

Lawn ornaments were reported stolen from a residence in the 700 block of S. Lansing St. Taken were statuettes of two raccoons, a mushroom, a 24-inch-tall boy and two signs prohibiting dog defecation on the lawn. If anyone has any information on these thefts, contact the MPD.

• An officer was dispatched to the 500 block of Hull Road for possible child abuse. Witnesses reported seeing a man walking from a building, pulling a child roughly by the arm so the child’s feet were not touching the ground. Both witnesses stated the man threw the child roughly into the car seat and then appeared to strike the child with full force swings, three times, far in excess to that of parental discipline. They both yelled at the man to stop hitting the child, which he denied doing, but he seemed to become nervous, entered the car and drove away. With information in hand, the officer found the suspect and child at a Mason address. The suspect denied striking the child, claiming the child was having a tantrum and that he was only tickling the child, but became nervous when the witnesses yelled at him. The officer spoke to and checked the child, finding no evidence of abuse. A copy of the report will be sent to Child Protective Services for follow up.

• Officers responded to an area residential complex for a disturbance amongst residents. As officers arrived, all appeared quiet until a lone male began yelling at a group at a nearby apartment. The agitated man claimed he was walking by a vehicle and stopped when two residents from another apartment began yelling at him, threatening him if he did not get away from the van. The man’s son, who had witnessed the incident and was now present, tried to describe the encounter, but the agitated man kept interjecting the answers, not allowing the son to speak. The other party, who admitted to having exchanged words with the agitated man, told a different version of the story which involved the agitated man being the aggressor and the son swinging a baseball bat while threatening to smash in the second party’s teeth. Fortunately, a third party stepped forward and it was soon determined the threatened assault did take place. The son, who had been swinging the baseball bat, was arrested and taken to jail. The next morning the Ingham County Prosecutor issued a warrant charging the suspect with assault and battery.

• An officer received a report of an attempted residential burglary at a residence on Linden Blvd. The complainant reported an unknown person had removed the screen from a window, he believed, in an attempt to gain entry. A man had been seen loitering about the residence earlier, but the complainant had no description. The officer confirmed the screen had been removed but found no signs of force. The complainant only wanted the report made to document the incident, and at this time the matter is closed.

• The theft of three bicycles from a residence in the 300 block of N. Rogers was reported to an officer. The complainant reported the three bikes were taken from the carport and two had been recovered; one, in the nearby creek; the other, at a residence just south of the complainant’s address. The remaining missing bike was reported to be a gold, black and silver Trek Navigator.

• An officer was dispatched to a theft from a vehicle complaint in the 700 block of Peachtree Place. The officer arrived and found two men next to a vehicle. One man reported the keys were locked inside and asked if the officer could unlock it so a check could be made for further missing property. The victim stated his friend had gone out to the unlocked van to retrieve personal items and when doing so, had noticed the face plate missing from the stereo console. The victim then accidentally locked the keys in the vehicle, causing the current dilemma. The officer told the victim he could not unlock the car but to call when and if anything else was determined missing.

• Vandalism to a vehicle was reported on Mason Hills Drive. The complainant reported someone had smeared mustard, ketchup and syrup all over her car while it was parked in the lot. The complainant also reported having heard a loud bang, claiming it was a “cherry bomb,” which brought attention to the lot by a witness who allegedly reported seeing a red Trans Am driving away. The complainant stated it must have been done by someone not afraid of the police and she suspected the culprits were a couple of females she had an ongoing problem with.

• An officer received a harassment-by-text messages complaint. The complainant reported an ex-friend she previously had gone to a casino with kept harassing her for money she had borrowed from the suspect but claimed she had paid back and no longer owed. The complainant alleged the suspect had a gambling problem and was currently on probation, which included prohibition from casinos. When contacted by the officer, the suspect alleged that she and the complainant were at a casino to gamble when the complainant borrowed money from her, but as to date, only had paid back one fifth the amount owed. She also stated that the complainant had been the one doing the harassing. The officer informed the suspect to cease contacting the complainant and to seek remedy through small claims court — a more appropriate venue to accomplish her professed goal. The officer then found the suspect was indeed on Circuit Court Probation, contacted the appropriate authority to report the incident and later sent a copy of the report to the Probation Officer.

Found property: Three American flags. Contact the MPD if these belong to you.

Citizens are reminded to report all emergency calls for service by calling 911 and not the MPD administrative number. Non-emergency calls for service should be made by calling (517) 676-2458 any time of the day or night. During non-business hours, the Police Department phones are forwarded to the Dispatch Center for 24-hour monitoring. Citizens should avoid coming to the department during non-business hours, as the facility is closed and the best way to summon an officer is by calling the (517) 676-2458 number. Emergency and non-emergency contact information will be posted at the front entrance of City Hall and the back entrance of the Police Department.

The MPD is accepting expired and unused medications from residents who wish to have them disposed of safely, without fear of causing harm to the environment. A secure container is located in the vestibule of City Hall where medications can be deposited. Make sure liquids are in leak-proof containers and remove or cover anything with personal information, such as names on prescription labels. Absolutely no sharps (needles or IV’s) which may injure employees securing the items for disposal. Any questions can be answered by calling the Mason Police Department during regular business hours.

This article originally appeared on lansingstatejournal