A Mid-South renter is charged with attacking her landlord’s son.  The alleged victim says the woman sat on him after pushing, shoving and knocking him to the ground.

“I tried to ignore it, but they was arguing about the rent,” said a witness who did not want to be identified.

The woman lives in the duplex next to Chelsea Harris, who is charged with third degree battery involving the fight with her landlord. 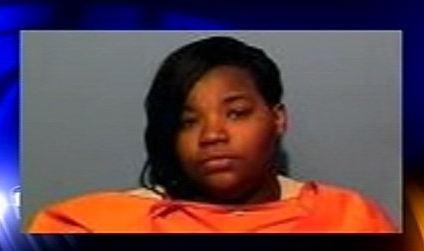 The St. Francis County Sheriff’s office said in a report that Kellen Carroll, the landlord’s son went to Harris’ duplex to collect the rent and she got angry.

Carroll said Harris, who is described as a very large woman, started cursing at him. He said she then pushed him into his truck onto the ground. Then pushed his face on the ground, choked him, and at some point, tried to take his truck. He called for help and that’s when he said she sat on his face.

Carroll went to the sheriff’s office and reported the incident.

Carroll never returned Action News 5’s calls, but his father told us he believes Harris used some prison correction officer moves on her son. Harris’ neighbor says she works at a prison.

Her neighbor said she was angry with Kellen Carroll because he came inside her duplex.

“That’s why she got upset because he came in and her child was there,” the woman said. “Usually her child is not here.”

Chelsea Harris was released after spending the night behind bars.