A mentally ill machete murderer is back behind bars after a bloody axe attack in The Junction that put his landlord in hospital Friday morning. 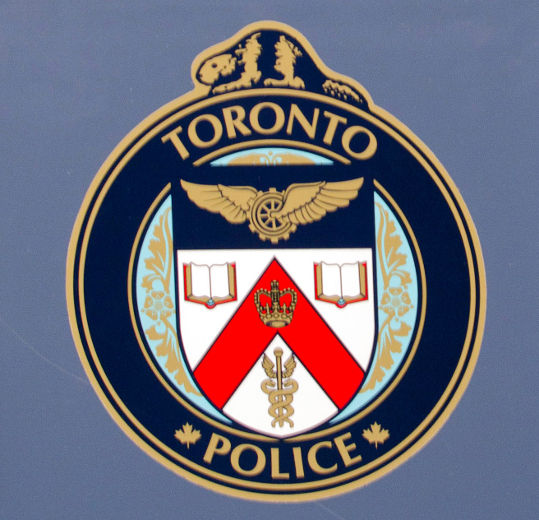 “Officers arrived on the scene and found a man at a nearby business bleeding badly from head wounds,” Const. Tony Vella said Friday.

The victim of the “unprovoked attack” was rushed to hospital with “serious” injuries, he said.

Meanwhile, a second man, who was allegedly armed with a small hatchet, was located a few homes south of where the altercation started.

Rallin Edward Lawes, 64, was arrested and charged with attempted murder.

“This appears to be a landlord-tenant dispute,” Vella said.

It’s believed the landlord went to his tenant’s apartment to collect a rent cheque and ended up running for his life when he was attacked with an axe.

The Sun has learned that 20 years ago the accused man killed his roommate with a machete in Parkdale.

Afterward, Lawes went to a phone booth, called police and confessed to the slaying.

Carlton Alexander Palmer, 32, was found dead on June 17, 1992, in the top floor apartment of a Spencer Ave. rooming house.

Lawes was charged with second-degree murder.

In February 1993, court heard Lawes suffered from a major mental illness for at least a decade.

He was apparently convinced Palmer wanted to kill him and thought he had to defend himself.

Psychiatrist Angus McDonald testified Lawes believed there was a mass conspiracy against him and that people were out to poison his food, purloin his possessions and assassinate him in any way possible.

Although Lawes was taking “ample amounts of anti-psychotic medication,” his “paranoid concerns have not faded,” the doctor said then.

Justice David Watt found Lawes intentionally killed Palmer but was too mentally ill to appreciate the consequences of his actions.

The judge found him not guilty by reason of insanity.

Lawes was sent to the maximum-security Oak Ridge facility at the Penetanguishene Mental Health Centre while he waited for a review board to examine his case and determine at which hospital he should be incarcerated.

The review board could not be reached for comment Friday, so it’s unclear what ended up happening.

Exactly when he was released from care, and why, was also not immediately known.