Tirupur police have arrested a 45-year-old man from the city on Friday in connection with the triple murder committed in Vellakoil in Tirupur district earlier this week. The accused was taken into custody from Town Hall in the city where he was reportedly hiding at the residence of a woman acquainted with him for the past few years. Police claimed that P Sankar alias Thangapillai decided to commit the murders when he incurred heavy financial loss after he took the victim’s agriculture plot on lease for farming. They also added that the accused chose to commit the crime during power outage in the locality to ensure that he could decamp from the area without any major hassle. 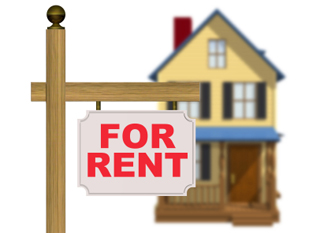 “Sankar knew that the victims were staying alone in the farmhouse and decided to murder them and decamp with valuables and money from the house. He was known to the victim and his family members for the past seven years,” said K Palanisamy, Inspector (Law and Order), Vellakoil police station, Tirupur.

Police began a massive hunt for the accused since Tuesday after KV Periyasamy (75), his second wife P Santhamani (50), and mother-in-law Raamathal (80) were found with their heads smashed with a heavy log at the farm house in Kadaiyuran Valasu village in Tirupur district. According to police, Sankar originally hailed from Karur district and had taken Periyasamy’s farm land on lease in 2010. But he suffered financial losses and owed more than a lakh rupees to many people. He was under severe stress to repay them.

“Sankar knew that all three victims were staying in the farm and were easy targets. He came and called Periyasamy out to the field late Monday night and attacked him with a wooden log. Ramaathal was sitting next to the main door and he attacked her with same log. There was no power supply in the locality and though there was UPS at the house only few lights were burning when the crime was committed,” Palanisamy added.

After assaulting the husband and wife, Sankar went inside the house and intercepted Santhamani as she was rushing towards the front door and attacked her in a similar manner. He later searched the entire house and found about Rs 10,000 from an almirah and snatched a six sovereign gold chain from Santhamani, who was then lying in a pool of blood. Sankar emerged as a suspect when police during the probe found him missing from the area after the deaths. Some of his local friends were questioned and police came to know that he constantly used to visit a woman in Coimbatore. A special team was sent to her residence and Sankar was arrested from her residence, according to police. He was produced before a judicial magistrate and remanded to judicial custody.