by Emily Mathieu and Dale Brazao

It took five police officers, the sheriff, a landlord and a locksmith, but nightmare Toronto tenant Nina Willis has finally been removed from the building.

“Why are you doing this to me? You can’t do this to me!” Willis shouted at enforcement officers with the Ontario Sheriff’s office from inside the North York house she was evicted from Wednesday. 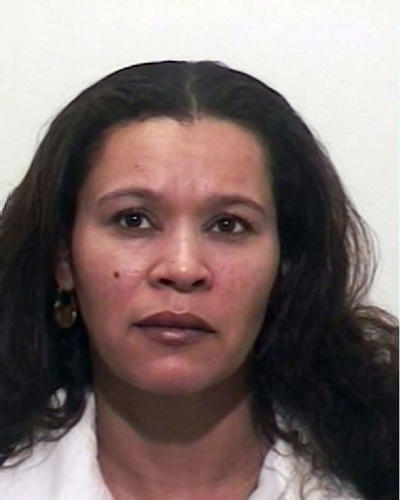 “I’ve done everything right,” she said.

Willis, who has a history of not paying rent and stalling evictions, has been ordered out of six homes since 2005, including the most recent, according to tenant board and court documents obtained by the Star, as well as interviews with landlords, lawyers and paralegals.

The Star has been following Willis’s case, which shows how easily tenants can manipulate the provincially funded Landlord and Tenant Board using protections designed to avoid unfair evictions to stay in properties without paying rent.

On Wednesday, Willis, two men and a woman, wearing hats and sunglasses, left under police supervision through the fenced backyard of the house Willis had called home for more than a year.

The locks are changed and she has 72 hours to call her former landlord and arrange to collect her things.

Landlord Darius Vakili was pleased Willis was out but said he was “scared of what will happen next,” and is worried she will return and break into the house.

Vakili said police have cautioned him not to enter the house until Willis removes her possessions, and to let police know when she returns to remove her things, as Vakili must be there to let her in.

If she doesn’t call within 72 hours, Vakili can dispose of everything in the house.

“I have a bad feeling they are not going to call me and I will have to clean up all (their) junk,” he said.

Willis first rented the house in July 2011 and moved into the property in late August. Vakili said her first cheque cleared but the second one bounced and after that the only way he received money was through court and tribunal orders.

Willis was ordered out by the Landlord and Tenant Board in April, but appealed the decision, resulting in a stay on the eviction. Her appeal was quashed in August because she didn’t meet the conditions set out by a Superior Court judge, to pay her back rent and what she owed on time.

Last week, she made a last-ditch effort to plead her case before the Landlord and Tenant Board, using a provision in the Residential Tenancies Act that affords tenants one chance during each case to pay what they owe, in rent and to cover fees their landlords incurred during the process.

Willis had paid $11,550 in back rent, but failed to account for a $170 filing fee Vakili had to pay the board, and the eviction was upheld.

Toronto Animal Services was also called in to remove a light-coloured dog.

Willis has claimed during tenant board hearings that a sister who lives with her has mental health issues and that moving would cause her and her family harm.

Vakili said he has no immediate plans to seek a new tenant and that he first has to see the condition of the house, expecting “to see a lot of dirt” and damage to the property.

“Right now, everything is hidden.”

In May, Willis will appear in a Toronto court to face fraud charges for allegedly providing homeowners with fraudulent cheques and false employment information.