Tenants’ rights when renting a home

Tenants can sometimes have an uneasy relationship with landlords when it comes to determining who is responsible for the upkeep of a property.

Occasionally, this can become serious, as with the case of 92-year-old Helen Bora.

Recently, she was moved into sheltered housing by Camden Council in London following a dispute with her landlord.

“I rented a flat on the top floor of a building,” says Mrs Bora, who was honoured for her work with the French resistance during World War II.

“After five years the landlord sold. The new owner neglected the place for 10 years.”

“Two years ago there was a thunderous noise one night. When I opened the door the next day, the entire ceiling had come down and rainwater was still gushing through.”

The Association of Residential Lettings Agents (Arla), one of several groups that professional lettings agents can join, says that complaints against landlords and lettings agents have been rising during the recession. 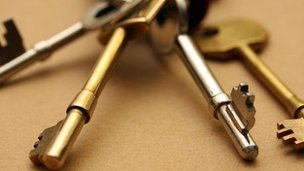 Tenants, lettings agents and landlords all have responsibilities with a home

They say this is less to do with an increasing problem and more to do with tenants increasingly understanding there is a system through which they can complain.

“There is no mandatory regulation of lettings agents,” says Ian Potter, managing director of Arla. “But as more and more lettings agents voluntarily become members of an ombudsman scheme, complaints are being logged and dealt with.”

Not everyone understands the fine line between the responsibilities of tenants, lettings agents and landlords.

For instance, landlords must keep rented properties safe and free from health hazards. They must also ensure they are safe and well maintained.

Tenants also have obligations – for example, by clearing blocked kitchen sinks. They are also responsible for friends or family who may damage the property.

Tenants who discover a maintenance issue at their home which they feel their landlord should have fixed have various options.

The local council is a useful first port of call, even for private tenants renting from private landlords.

Councils in Britain have a statutory obligation to ensure a property is habitable and that health and safety regulations are complied with.

“Under the Health and Safety Ratings System, there is an obligation on landlords,” says Abdul Hai, cabinet member for community safety at Camden Council.

“We can take that up with the landlord to make sure the properties are safe and secure. If there are any hazards we can advise them.

“We are there to support both the landlord and the tenant. In most cases our response would be to undertake an assessment and explain to the landlord how they can improve the property.”

Meanwhile, Arla says that there should be some regulation of private landlords.

“We have long lobbied for letting agents to be regulated in the same way as estate agents,” says Mr Potter.

Vidhya Alekson, of the Resolution Foundation, says tenants also need to be careful when approaching lettings agents about fees they may incur while renting a property.

“One of the things tenants struggle with is transparency,” she says. “They sign up for a property and it is only after they sign up that they find out there is actually quite a large number of fees they have to pay.”

She recommends when asking for information about certificates for their home, tenants ask a lettings agent about any fees they may incur through the renting process.

Only a tiny minority of tenants face problems as severe as Helen Bora. But the advice is clear: before you take a home make sure the landlord is using a letting agent who has joined a trade association and seek professional advice as soon as a problem becomes apparent.