Cigarettes has been meticulously stuffed into closed heating vents. His beige carpet was the colour of soot. The handles of all the windows were broken off.

“I told (the tenants) it was a pigpen,” he recalled. 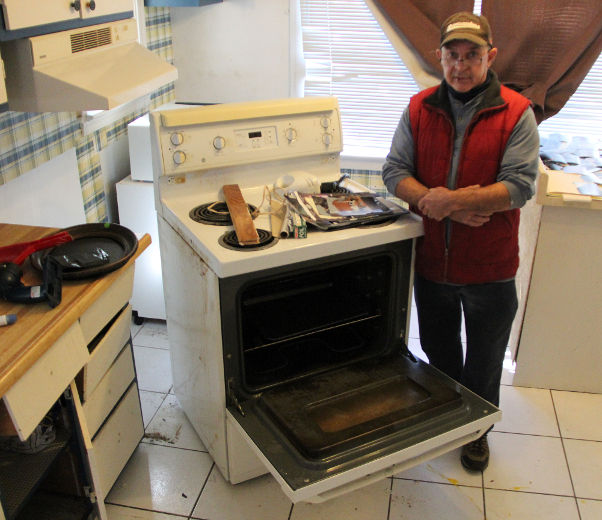 Lecours also had the family – a mother, her partner and two children – evicted from the home. But that hasn’t solved all his problems.

When the tenants moved out, garbage collectors picked up 60 bags of trash and broken furniture on the Thanksgiving weekend after neighbours complained. Lecours said he received a call from the city informing him to expect a bill.

But Lecours doesn’t expect to recoup his losses.

Once a tenant vacates a rental property a landlord can’t make an application for damages to the Ontario Landlord and Tenant Board, confirmed spokesperson Donna Mrvaljevic.

Lecours’ only option is to take the tenants to small claims court.

Lecours decided to share his story in part because he feels the public doesn’t often hear the difficulties faced by landlords.

Lecours, an ironworker, and his wife Diane, have rented the house for five years and knew the most recent tenants from church.

“They came with a nice story that they needed a place to live,” he said.

Lecours said he and the family had some minor disagreements during their tenancy. However, he tried to work with the family, even lending them his mobile home for a summer vacation, he said.

Lecours said he didn’t see the damage to the apartment until he conducted his yearly inspection last month.

Lecours and his wife Diane spent three hours just moving garbage once the tenants had moved out, and Diane is now spending several hours daily scrubbing it clean.

Lecours plans to rent the three-bedroom apartment again, but plans to be more cautious about choosing tenants.

“It’s always the landlords who get stuck with (the bills),” he said. “By the time you get anything in court, it takes three to four months and in that time it’s not rentable.”

This article was written by Barbara Simpson, Sarnia Observer  and originally published on theobserver