Timothy Daley, 57, of Southbury was charged with criminal mischief and disorderly conduct on Thursday, August 2 at approximately 6:40 a.m. 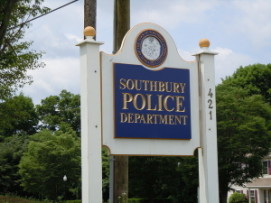 According to police, an officer investigated a complaint of harassment between a landlord and tenant. An arrest warrant was later issued for Daley, the tenant, who turned himself in upon learning of the warrant.

Daley was unable to post bond and was transported to Waterbury Superior Court for arraignment.

Between July 1 and August 1 two licenses plates were reportedly stolen from a vehicle parker outside a residence on Berkshire Road.