When a Blenheim man decided to move flat, he took all the landlord’s property as well as his own, police say.

Jason William Patchett, 21, a landscaper of Blenheim, moved into a fully furnished flat in October last year and when he moved out in June he loaded his landlord’s property from the flat into a trailer along with his own. 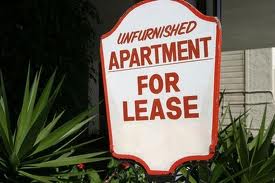 Mr Lucas said when police found the gear in the storage locker, Patchett told them he was planning to use it to furnish his new flat.

He also told police he was upset with his landlord, Mr Lucas said.

Patchett was sentenced to 80 hours’ community work and ordered to pay $4164.23 reparation to insurance company AMI.

The reparation had to go to AMI after it paid out on the landlord’s claim before the items were recovered, Mr Lucas said.

The insurer had auctioned the recovered items to recoup its costs, but earned only $550 from the sale, he said.

Defence lawyer Bryony Millar said Patchett did not want to dispute the value of the stolen items as he wanted to move on.

Judge Ian Mill said it was an unusual case as he had ultimately caused a loss to the insurance company, not the landlord, but it was still clearly theft.

This article originally appeared on stuff