New tenants of Huntingdon social landlord Luminus will be evicted if they do not score enough points under a new tenancy scheme.

From next April tenants will be marked on how they pay their rent, how they look after their homes and how they treat their neighbours. 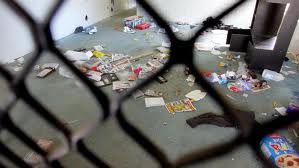 They can earn extra points by attending Luminus events or getting involved in community work but will lose marks for bad behaviour.

Luminus has warned tenants that their tenancies would be ended at the end of a five-year period if they did not meet certain standards.

Tenants also stand to be moved out of their homes if they are deemed to “under occupy” them.

Luminus said its plans had been “enthusiastically welcomed” by tenants.

A Luminus spokesman said: “Our new approach provides encouragement and guidance on how our customers should look after their homes, respect their neighbours and contribute to their communities.

“It is a vision of the future that our customers share with us since 89 per cent who responded to our recent consultation said that they support our approach to encouraging good behaviour.”

New tenants are currently given a one year starter tenancy, which, if they behave responsibly, will lead to a permanent assured tenancy.

Under the new rules tenants will still have a starter tenancy, but after this they will move on to a new flexible tenancy which will last for only five years, during which time they will be assessed to see if they are fit for further tenancies.

The Luminus spokesman said experienced staff would award points for positive behaviour such as community work and deduct them for issues such as rent arrears.

Assessments would be checked by a senior manager and tenants would be able to discuss scores if they were unhappy with them.

The Luminus spokesman said the move would not lead to an increase in evictions and that existing tenants already faced eviction if they broke the rules.

He said the new approach to under-occupancy meant people in larger properties could move to more manageable homes, to offset a chronic shortage of larger family accommodation.

The spokesman said: “Our new approach to managing tenancies has not been brought in as part of the Government’s new rules on housing benefit, but of course it will help those households occupying larger homes who want to down size.”