An ex-tenant is facing murder charges in connection to a Pasadena group home fire that killed two men Thursday. 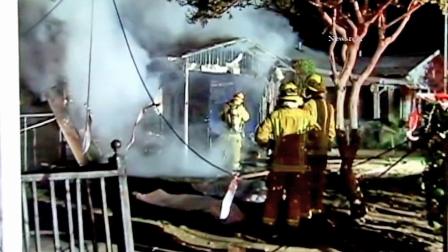 The suspect is accused of starting a fire around 2:30 a.m. on the 1300 block of El Sereno Avenue on Nov. 1 which killed two men. The victims have been identified as Clif Juan Clark, 56, and Paul Richard Boyd, 75. A third victim remains hospitalized.

At the time of the fire, there were 19 people living in the three-story home.

Robbins is being held without bail.

This article originally appeared on abclocal.go