by: RENTING and THE LAWKELLY KLEIN

I am a landlord, and I had a tenant move out of my duplex last month. I sent her a detailed document listing the damages I felt occurred. But she completely disagrees with my findings. She sent me a certified letter stating the amounts she is requesting back. 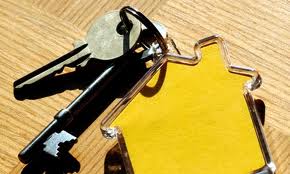 I am wondering if I can charge her for having the carpet professionally cleaned. The cleaning cost $250, and I charged her $200. Some may feel dirt and spills are normal wear and tear, but she did nothing to try and get rid of any stains, spills or traffic patterns. She did not even vacuum. I have pictures of the property when she left. There were permanent stains already in place when she moved in, and we noted several on her move-in sheet. I wasn’t sure she should be charged the full amount, so I deducted $50 for the cleaning of the carpet.

I would also like to know if I can charge her for the replacement of two blinds in the kitchen. They are $6 each, and she left them filthy and full of grease. She claims that I cannot charge her for that expense.

A Under Minnesota law, the landlord may use the security deposit to cover the tenant’s past owed rent or other money owed the landlord, and to restore the apartment to its condition at the time your tenant started renting from you, excluding ordinary wear and tear. I don’t believe a charge of $200 is too much for carpet cleaning unless all the stains were there when your tenant started renting the duplex. I also believe a deduction of $50 is fair enough for the permanent stains that were on the carpet at the time your renter moved in. You should know that some courts consider cleaning the carpet after the tenant leaves to be an ordinary business expense, and not something for reimbursement, while other courts allow such charges without comment.

The charge for being late on the move-out also may not be acceptable. This type of clause outlines the damages you will suffer if a tenant overstays. Courts look at them to see if they are a reasonable forecast of the damages you are likely to suffer.

In this case, your lease calls for a charge of $35 an hour for every hour after noon on the last day of the month. If a tenant is an hour or two late, then such a charge doesn’t seem outrageous, and may cover your time waiting around to do a walk-through. However, in this instance, if she stayed until 4:30 p.m. the next day, then she is responsible for another 28 1/2 hours at $35 per hour, which totals $997.50. Since her late move-out prevented a final walk-through, it did inconvenience you, but probably not enough to warrant a charge of $997.50. If you really needed the tenant out by noon on the last day of the month, and you pointed out the clause with the $35-an-hour charge to your tenant, and you had a tenant moving in who you had to put up in a hotel, then a court may uphold the charge. However, $997.50 is close to an entire month’s rent for most people, so it seems too steep a price for staying one day late. You may want to decrease the amount you are withholding from the damage deposit to make this a more reasonable fee.

Your $6 charge for blind replacement would be considered a fair amount, especially since it would likely cost that much to clean them. So I believe the charges for the blinds would be considered beyond reasonable wear and tear. You should consider writing her back to explain any amounts withheld in detail, and if there are changes from your original letter, make sure to explain those, as well.