Life sentence in slaying of landlord

Cynthia and Karen Jenkins were so close they were like twins.

Born just 11 months apart, the sisters shared everything. They argued and laughed, telephoned and teased each other every day, even when Karen Jenkins was traveling to faraway places. 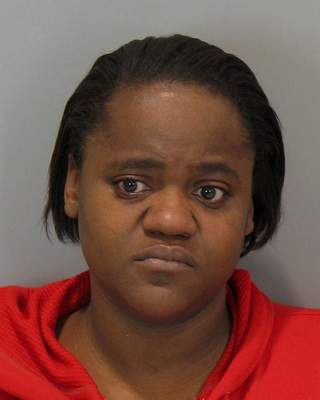 They shared something else, too: If Karen had a tenant who had trouble making rent, Cynthia would hire her to clean houses.

But one of those tenants, Monique Lee, began stealing from Cynthia, stopped showing up for work and stopped paying rent. After giving her several reprieves, Karen served Lee with an eviction notice in October 2010.

Two weeks later, Lee and her brother, Gary, lured Karen Jenkins, 48, to a vacant apartment — and strangled her.

Cynthia Jenkins knows a little something about life sentences.

The Omaha woman said she’s lost without her sister.

“What did (Monique) have to gain for what she did? It’s a mystery.”

Lee’s attorney, Douglas County Public Defender Tom Riley, said the mystery is rooted in mental illness. Riley had detailed Lee’s history of mental illness from childhood — and had argued that Lee was not guilty by reason of insanity.

Douglas County Attorney Don Kleine acknowledged that Lee had mental illness but argued that she premeditated Jenkins’ killing once she was served with the eviction papers. A jury convicted Lee, rejecting her insanity defense. Gary Lee was convicted of second-degree murder.

A week after her October 2010 disappearance, Jenkins’ body was found under an abandoned house across the street from the bar Jenkins was renovating at 40th Street and Ames Avenue.

Now, whenever Jenkins’ family gathers — be it at home or at the bar, now named Doc’s Place — talk inevitably turns to the senselessness of Karen’s death.

“That’s the most frustrating part,” Cynthia Jenkins said. “Every time we get together, we try to make sense of it.”

Karen Jenkins, a businesswoman and former college instructor, had traveled the world and received a doctorate in conflict resolution. She was ornery and playful and full of energy, her family said.

“Karen had a way to give joy, to give a piece of herself to every friend she had,” Cynthia Jenkins said.

Ken Jenkins said the family is trying to focus on the quality of Karen’s life, not the cruelty of her death.