A WIDNES woman who made her neighbours lives hell by throwing late night drunken parties has been evicted.

Melissa Bradbury, aged 24, was thrown out of her Hale Road flat after Halton Housing Trust, Cheshire Police and neighbours gathered enough evidence to end her reign of terror. 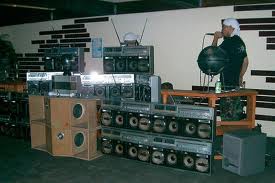 Residents described living near her as a nightmare as they were subjected to 12 months of noise, threatening behaviour and excessive parties.

One neighbour was physically assaulted by her.

Arguing, screaming and shouting could regularly be heard coming from her flat which was in a block shared with 11 other tenants.

Despite being issued with an acceptable behaviour contract, Bradbury continued to break the rules of her tenancy agreement.

“An eviction is always the last resort and we made a number of attempts to work with Miss Bradbury before the eviction, which she continued to ignore. This included extending her starter tenancy by a period of six months.

“Despite this, she continued her unacceptable behaviour with total disregard for those around her, even physically harming one of her neighbours. Customers living at Hale Road gathered together enough evidence which finally led to her eviction.

“All of our customers have a right to feel safe in their own homes and this eviction hopefully sends a strong message out that we do not tolerate ASB on our estates.”