Tenant Trustworthiness To Be Proved With New System In Portugal

A service for background checks has been developed by Renda Protec in order to reduce the risks of damaged furniture or missed payments. Rental activity has suffered a slump in the Portuguese real estate market in recent times, and the launch of the new system earlier this summer stimulated the much needed confidence in people looking to rent homes in the country. Susan Ford, the administrator of the company, told reporters that it was a method of attracting investors and proprietors to place their real estate assets on the market. 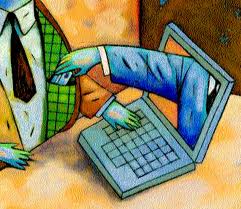 Checks on tenants are categorised under Complete References and Expressed References. The latter is an independent, impartial and specialised selection of data on prospective tenants. Reports are made and problem areas like default payments or damaged furniture can be looked up using public data from legal papers such as Social Security and financas. The former comprises of the same data and also features the current employment status of a potential tenant along with references from previous landlords.

When asked if privacy rights were breeched by the service, Susan Ford guaranteed that information will be given only under the tenant’s authorisation. She also added that the service will respect the private information of tenants and protect it while respecting the National Data Protection Committee’s proceedings.

Ford elaborated on the matter saying that the practice was considered normal in countries with developed rental market. She recalls that the UK Landlord Survey conducted in 2010 saw 98 per cent of the people who had rented properties through a positive reference, had proved to be tenants without any problems. However, 83 per cent of the people who had problems with payments were those who had no professional referrals. Mrs Ford is not very confident in the Portuguese market. However, because of the high levels of risk for real estate agents and proprietors, she stressed on the worrying history of Portugal with regards to the problems caused by tenants and the ineffective eviction process. Finding ways to minimise the risk has become very important, she added.

Benefits for proprietors as well as tenants

The establishment of Renda Protec comes as a boost for landlords. The system was introduced around the time when the NRAU (New Urban Rental Reform) began operations. It aims at complementing and boosting referral services for tenants. Proprietors aren’t the only ones to benefit from the service. Even a tenant can buy his/her referral report and said report will be valid for almost a month to show property agents or landlords. A positive referral puts a candidate in a privileged position while house hunting and negotiating as they are proven to be trustworthy.

The Portuguese real estate market wasn’t as badly hit as the Spanish and Irish property markets. However, the economy has suffered since the burst of the financial bubble, and Renda Protec’s latest initiative comes as a timely boost not only for proprietors, but also for the tenants.

This article originally appeared on property-abroad